Shortly before he killed 51 people, the gunman who perpetrated the Christchurch, New Zealand, mosque shooting posted a manifesto to the website 8chan in which he praised a fellow white supremacist — the attacker who killed 77 people in Norway in 2011.

A few weeks later, the Christchurch shooter was praised by another gunman — the one who perpetrated the synagogue shooting in Poway, California. Four months after that, yet another gunman, in the El Paso shooting, posted a similar white supremacist manifesto to 8chan.

The attacks happened across the globe — in Europe, Oceania and America. But they followed similar playbooks and shared the same noxious ideas.

In particular, the shooters in Christchurch, Poway and El Paso all cited the so-called Great Replacement theory — that Western countries and their white populations are under attack from a mass immigration of nonwhite immigrants orchestrated by Jews. The Great Replacement term was itself coined by Renaud Camus, a French writer.

The connectivity between those massacres and their ideology is just one example of how white supremacists are forming alliances, working together and inspiring each other across borders. While white supremacists will sometimes call themselves “white nationalists,” experts say it’s more accurate to view them as members of an international movement that aims to advance a shared agenda.

“They view themselves as part of a white collective that is transnational and that represents a race, the white race,” said Heidi Beirich, who founded the Global Project Against Hate and Extremism following a 20-year career at the Southern Poverty Law Center. “One of the big things motivating violence today … is this wish to bring whites together across borders to fight for control of what they consider their historic homelands.”

One strong link between white supremacists in the United States and Europe, said Marilyn Mayo, a senior researcher at the Anti-Defamation League’s Center on Extremism, is hatred of Jews for their purported control of banks and the media — as well as their perceived support of immigration.

Anti-Semitism, she said, is “a very strong thread. They believe, both in Europe and the United States that Jews have played a role in bringing in nonwhite immigrants.”

Now, according to recent reports, white supremacists from different countries are conducting military training together, attending the same conferences and communicating online. In particular, the long-running war with Russian separatists in eastern Ukraine has created a fertile training ground for white supremacists.

The international threat from white supremacists has become so present that Max Rose, a Democratic congressman from New York City, is pushing legislation that would direct the Department of Homeland Security to “develop a terrorism threat assessment” regarding threats from “foreign violent white supremacist extremist organizations.”

“There is mounting evidence that the threat to the homeland posed by violent white supremacist extremism has transnational links,” Rose, who chairs the Homeland Security subcommittee on intelligence and counterterrorism, said in a statement last week. “I believe that the threat posed by foreign white supremacist extremist groups and their nexus to domestic activity is one of the major challenges we face in terms of homeland security.”

Governments have historically viewed white supremacists as a domestic phenomenon with country-specific goals, Beirich said. But she and other researchers say a more instructive parallel would be Islamic terror groups like ISIS or al-Qaida, which governments treat as foreign terrorists and work together to combat.

“You’ve heard the expression ‘all politics is local,’ and I would say that on the flip side of that, all conflict is global,” said Colin Clarke, a senior researcher at the Soufan Center who has studied ISIS and co-wrote a report last year on transnational white supremacist activity. “It’s weird because you wouldn’t think, on the face of it, that white supremacists would seek to emulate jihadis. But there’s actually a strange affinity where they admire folks like bin Laden and al-Qaida for what they’ve been able to achieve.” 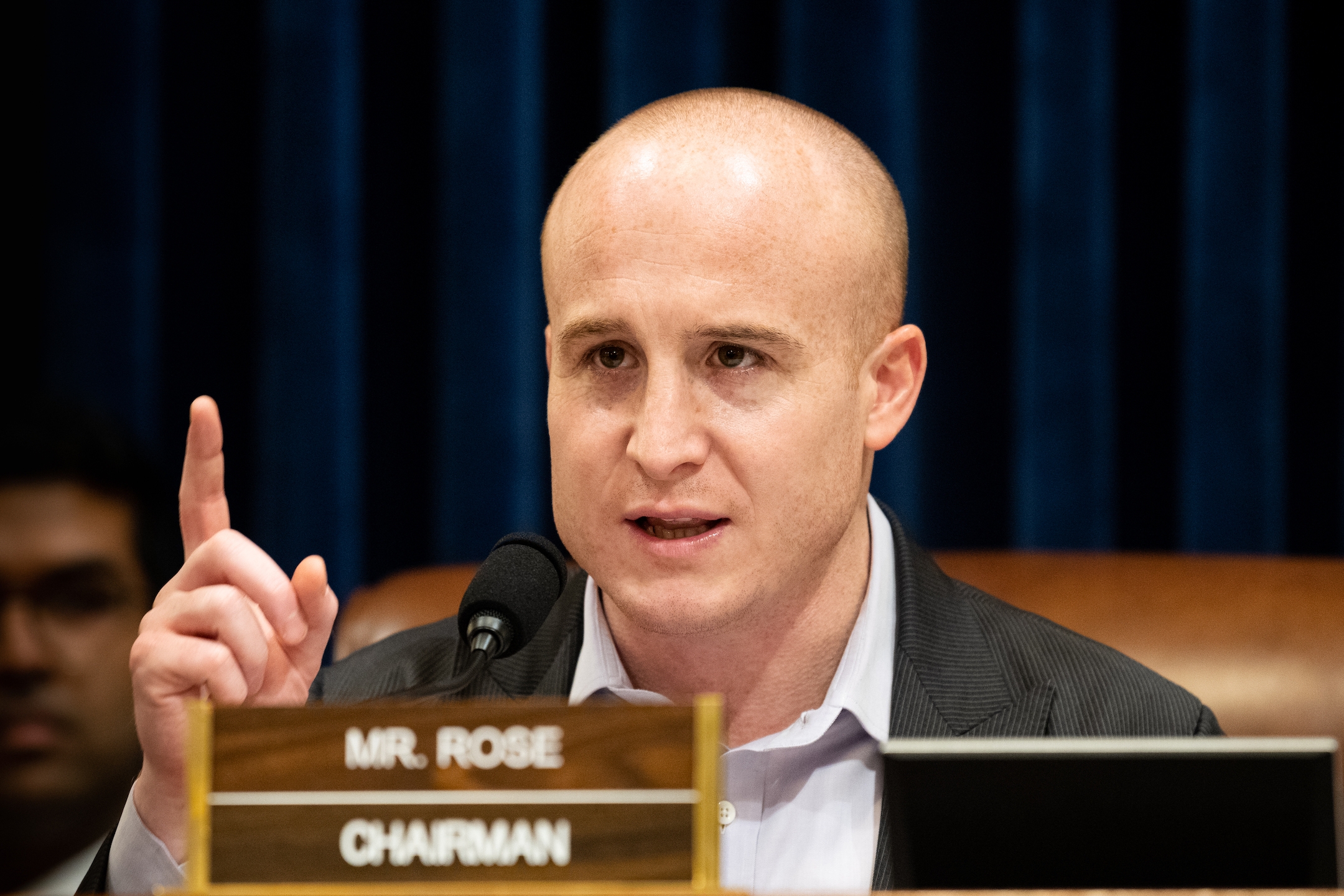 White supremacists have long tried to connect across continents.

William Pierce, who headed a an American white supremacist group called the National Alliance, would make money by recording white supremacist music and literature and selling it to like-minded Europeans, said Beirich. But the internet and social media have widened the spread of those ideas and made it easier for extremists to connect.

“White supremacist organizations were relatively local in terms of their concerns,” Beirich said. “The KKK was a very American organization concerned with American politics. [If] you’re concerned about minorities in Georgia, you’re not going to be talking to someone in Germany about their issues — until the internet transformed that.”

But the internet hasn’t just allowed extremists to share ideas and strategies on platforms like 8chan, which was shut down following the El Paso shooting, and the social network Gab. It’s also allowed them to host hateful sites on foreign servers — a KKK site is hosted in Belize, according to the Soufan Center — and finance their activities through crowdfunding and cryptocurrency.

Even though white supremacists have been kicked off mainstream internet fundraising platforms like PayPal, Patreon and GoFundMe, the Soufan Center report says they have continued that activity on white supremacist alternatives with names like GoyFundMe and Hatreon. Andrew Anglin, who publishes the Daily Stormer, a neo-Nazi publication, may have access to as much as $25 million in Bitcoin.

“It’s like a game of whack-a-mole,” Clarke said. “Whenever we find out what platform they’re using, companies are pressured to shut them down, and by that time these guys have already moved on to the next.”

Increased connectivity online has also led to a rise in meetings in real life, experts say. Since 2000, the white supremacist publication American Renaissance has been inviting European far-right figures to its conferences, according to an ADL report. In the past decade, that’s included white supremacists from France, the United Kingdom, Germany and Estonia, among others. Two Swedish far-right activists attended the 2017 white supremacist rally in Charlottesville, Virginia.

American white supremacists, in turn, have appeared at conferences in Sweden, Finland, Russia and the United Kingdom. Richard Spencer, a white supremacist who has spoken at U.S. campuses and other venues, was slated to speak in Budapest and Warsaw, but has been banned repeatedly from visiting much of the European Union.

Some of the interaction between American and European extremists has involved members of far-right European political parties. The ADL’s Mayo says these politicians, and their increasing popularity in Europe, has inspired their American allies. American white supremacists in particular admire Russian President Vladimir Putin and Hungarian Prime Minister Viktor Orban, who has opposed immigration and also been accused of anti-Semitism.

“They believe that people like Putin and Orban are promoting white Christian society where they’re keeping out influences like Third World immigrants,” Mayo said. “Putin is seen as the saving grace of white Christian culture. There isn’t as much immigration in Eastern Europe and white supremacists see it as a place to mirror.”

Now, according to the Soufan Center report, Ukraine is serving the same function for white supremacists as Middle Eastern conflict zones have served for Islamic terror groups. In both cases, extremist groups take advantage of the lawlessness and combat opportunities of a war zone to recruit, radicalize and train adherents from around the globe.

Excluding people from Russia, more than 2,000 foreigners have traveled to fight in Ukraine, though experts don’t know how many are joining extremist groups. That number includes dozens of people from the United States.

“Ukraine [is] emerging as a hub in the broader network of transnational white supremacy extremism, attracting foreign recruits from all over the world,” the report says. “Where jihadis travel to fight in places like Syria, white supremacists now have their own theater in which to learn combat.”

In order to combat these trends, experts say, tech giants need to take more aggressive action to remove extremists from their platforms. And they say the U.S. government must begin treating white supremacists like it treats ISIS and al-Qaida. That means sharing intelligence with other countries, tracking their finances and surveilling their communications.

“If you look at what happened in [the Pittsburgh synagogue shooting], his tagline on Gab was ‘Jews are the children of Satan’ and he owned like 20-something guns,” Clarke said. “And if that guy was brown and his name was Mohammed and he said the word ‘jihad’ once and he owned as much as a slingshot, he probably would have been arrested.”

The U.S. government did invest in resources to combat international terror after 9/11, Clarke said, “but it was for a different kind of threat. We now need them for white supremacists, so what are we waiting for?”