While this motto could apply to many who celebrate Passover, it was also the beginning of a story Goldin shared with a packed house at Tikvat Israel Congregation in Rockville on Sunday. Goldin was one of six SpeakeasyDC storytellers to share personal tales of dealing with life experiences and discovery in unfamiliar territory during a mixed song-storytelling concert called Tales of the Unleavened. Featuring Tikvat Israel Cantor Rochelle Helzner, her sister and Jewish folksinger Robyn Helzner, the night alternated between one story and one song related to a Passover theme.

Following an opening a cappella performance of “The Singing Seder Plate,” Goldin, a professional volunteer focused on women’s rights, talked of family Passovers as a youth. She and her sister were introduced to the idea of an assembly line during the seder, meaning that the men were always served first with more food. The women were served second with less.

“It was my right to rebel,” she said. “I [decided I would] march for Pesach change.” These changes included placing an orange and Miriam’s Cup at the seder table, much to her parents’ dismay. Eventually, Goldin’s Pesach revolution worked for the better, as those two items sit at her table to this day. The only thing that hasn’t changed, she said, is the Maxwell House Haggadah.

SpeakeasyDC artistic executive director Amy Saidman recalled awaiting her future husband during a Saturday night of speed dating on U Street in 2009. Three rounds in, it wasn’t going well, she said, and it allowed her to reflect on what could have been. She had decided to work on a kibbutz for a year.

“My family was good at being Jewish. But they were not good at doing Jewish,” she said. In her youth, Saidman had always wanted to know more about Judaism, going so far as to ask to go to Hebrew school. “That’s like asking to get a pap smear.”

During her year on the kibbutz, she was allowed a week off to do whatever she wanted. She and a friend decided to join an immersion program to learn about the Orthodox community in Jerusalem.

While at first she noted that they were yelled and cursed at by the haredi community, she was then introduced to modern Orthodoxy by a guy who “looked like Ben Affleck in Argo,” and his sassy wife. Saidman and her friend were enthralled. The husband and wife made the religion sound like a blast, especially when the wife said women were made to be worshipped by their husbands, who were supposed to do their Shabbat mitzvah duty by pleasing their wives.

While this sounded great, it wasn’t realistic for Saidman. Yet when she was waiting for round four during speed dating, she said all she could think about was that if she had stayed, she might be in a house full of kids, with a husband, performing his Shabbat mitzvah duties.

Neda Ulaby, an arts and culture reporter for National Public Radio, spoke of how she was constantly mistaken for being Jewish. Her father was from Syria, and her mother was Irish American, and apparently that calculus equaled Jewish, she said. But it turns out, everyone had been right. During her parents’ divorce in her late 20s, her mother met her at a bar in Chicago and informed her that her Syrian father was actually not her biological father. Her real dad, was in fact, Jewish, and had gotten her mom pregnant and didn’t stick around.

“It was very upsetting and confusing,” she said. “Was I Arab anymore? I was very angry.”

Ulaby eventually struck up a relationship with her biological father, but said she’s still very close to her Arab family, who are fine with her new identity. In the end, Ulaby says her original calculus was correct.

The final speaker of the night was ABC News correspondent John Donvan, who was enthralled by Judaism ever since he was introduced to Chanukah by a Jewish teacher in grade school. Donvan is Catholic, but became increasingly obsessed with Judaism as he grew older. He recalled dating Jewish women almost exclusively and learning about all the streams of Judaism before he married his wife, an Israeli.

“I have Jews walking around my house in their underwear,” he said, referring to his children. “This is a dream come true.” Yet, despite all of his children going to Hebrew school and his daughter becoming bat mitzvah, he hasn’t converted.

“I don’t feel Jewish. I tend to think that’s important,” he said. “I had begun to want to hold onto my heritage. Which may be the most Jewish thing about me.”

Other speakers included SpeakeasyDC storyteller and molecular biologist Adam Ruben, who spoke of being the only Jew on an evangelical ski trip during college, and actor-turned-D.C. lawyer Daren Firestone, who recalled being a nonobservant Jew in his youth and trying to find enlightenment in Israel. 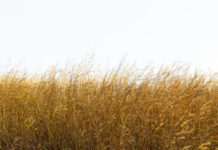 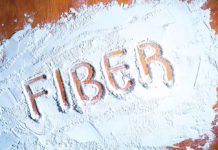