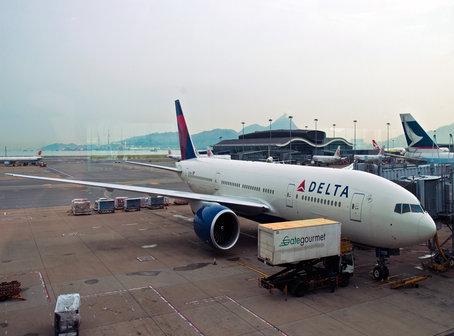 Late on Wednesday, the Federal Aviation Administration (FAA) lifted its ban on flights by American carriers in and out of Israel.

The FAA “worked with its U.S. government counterparts to assess the security situation in Israel and carefully reviewed both significant new information and measures the Government of Israel is taking to mitigate potential risks to civil aviation,” said a press release issued by the agency. “The FAA’s primary mission and interest are the protection of people traveling on U.S. airlines. The agency will continue to closely monitor the very fluid situation around Ben Gurion Airport and will take additional actions, as necessary.”

Earlier, Texas Senator Ted Cruz (R), blasted the agency in a strongly worded press release and blamed the Obama administration, the State Department and Secretary of State John Kerry for motivating Tuesday’s decision by the FAA to issue a Notice to Airmen (NOTAM) halting flights by U.S. carriers in and out of Israel’s Ben Gurion International Airport in Tel Aviv.

The FAA’s decision came just as Kerry traveled to the region to try to broker a ceasefire between Israel and Hamas.

“The facts suggest that President Obama has just used a federal regulatory agency to launch an economic boycott on Israel, in order to try to force our ally to comply with his foreign-policy demands,” Cruz’s statement read.

On Wednesday, the FAA extended its ban for an additional 24 hours, saying that it will continue to monitor the situation and work closely with the Israeli government to resolve concerns as quickly as possible, according to an agency press release.

In his statement, Cruz implied that the FAA, a regulatory agency, colluded with the administration to ground Israel bound flights for political purposes.

“Obviously, no one wants to place civilian travelers in harm’s way, and the recent downing of Malaysian Airways flight 17 by pro-Russian militants in Ukraine is a stark reminder of the dangers posed by regional unrest,” wrote Cruz. “But security concerns in Israel are hardly breaking news, and given the exceptional challenge Israel faces, Ben Gurion has rightly earned the reputation as one of the safest airports in the world due to the aggressive security measures implemented by the Israeli government.

“Given that some 2,000 rockets have been fired into Israel over the last six weeks, many of them at Tel Aviv, it seems curious to choose yesterday at noon to announce a flight ban, especially as the Obama Administration had to be aware of the punitive nature of this action,” Cruz stressed.

The State Department pushed back against Cruz’s assertions later in the day.

“It’s ridiculous and offensive, quite frankly,” said State Department deputy spokeswoman Marie Harf, during her daily press briefing. “The FAA takes its responsibility very seriously. I will speak for them in that case. They make these decisions based solely on the security and safety of American citizens. For anyone to suggest otherwise is just ridiculous.”

Not according to Abraham Sion, former president of the board of directors of Israel Tourist Industries and chair of the Center for Law and Mass Media at Israel’s Ariel University.

“What the U.S. is trying to do is teach Israel a lesson. [The ban] has nothing to do with safety, but is designed to convince Israel to reach a ceasefire,” said Sion.

When pressed for an explanation, he backtracked, but only slightly, saying “it was 80-90 percent a political decision. Public safety [was] a minor consideration.”

Yet, in an interview by with Israel’s Channel 2, Israel’s Transportation Minister Yisrael Katz agreed that safety could not have been the motivation for the FAA’s decision.

“There is no reason for the American companies to stop their flights and give a prize to terror,” Katz said.

Israel is still open for business, wrote Haim Gutin, Israel’s Ministry of Tourism’s commissioner for North and South America, in a press release.

“Please know that life in Israel, and tourism to Israel, goes on and we welcome all visitors in peace. Some 75,000 tourists are in the country, and their travel arrangements are proceeding as planned. We foresee the current conflict ending soon – and that all will return speedily to normal.”

Shortly after the FAA issued its ban, former New York City Mayor Michael Bloomberg, hopped an El Al flight to Israel to demonstrate his disapproval of the order and show solidarity.

“Ben Gurion Airport is the best protected airport in the world. It was an overreaction to halt U.S. flights here,” Bloomberg tweeted. 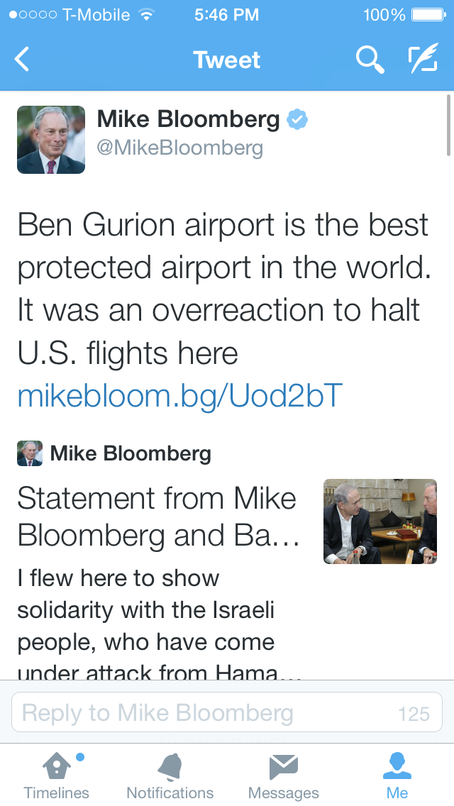 The FAA’s flight prohibition applies only to U.S. carriers, yet a number of international airlines have followed suit, despite no such ban by the European Aviation Safety Agency.

El Al is still continuing its flights to and from Israel and has announced no intention to do otherwise.