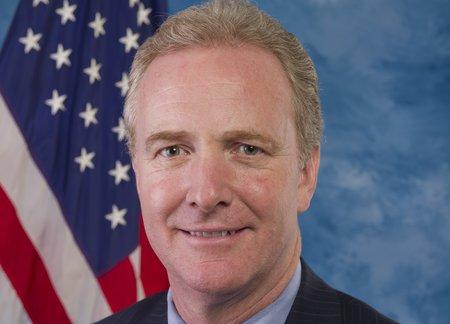 In seeking to fill the U.S. Senate being left by retiring Democrat Barbara Mikulski of Maryland, Democratic candidate Chris Van Hollen, a longtime member of Congress, comes with a reputation as a legislator who is dependably liberal as well as a team player who can get things done. We supported him in the primary against opponent Rep. Donna Edwards and we support him now against Republican state Delegate Kathy Szeliga of Baltimore County, minority whip in Maryland’s House of Delegates.

Van Hollen’s record shows him as willing to cross party lines to improve the country and serve his Maryland constituents. Often called a master of details, the Montgomery County resident served in 2011 on the “super committee” charged with crafting a deficit -reduction plan. Although the effort failed, Van Hollen got good reviews for his efforts to reach a compromise. And the need for deficit reform is just as necessary now as it was then.

His opponent, Szeliga, is known as a conservative, but not a hard-liner. She has an 87 percent lifetime approval rating from the American Conservative Union. But her continued support for presidential nominee Donald Trump is disturbing. Her loyalty to the head of the ticket would be commendable in normal times but, as First Lady Michelle Obama put it last week, “This is not normal. This is not politics as usual.”

But most important for us, Van Hollen has always been a stalwart supporter and defender of our community, a voice on Capitol Hill we’ve come to count on regarding Israel’s strategic edge in the Middle East and other issues near and dear to American Jews.

When Alan Gross languished in a Cuban prison, Van Hollen’s advocacy was a key factor in his eventual December 2014 release.

As far as we’re concerned, whereas we’ve come to know and trust Van Hollen, we as a community know little about Szeliga, save for her conservatism and illogical loyalty to the GOP’s new standard-bearer. Given the many years that Van Hollen has had our back, it makes sense for us to have his. So we repeat what we wrote before the April primary: This is not a tough choice. Based upon his exemplary record and his history of sensitivity to and support for issues of interest and concern to our community, we enthusiastically support Chris Van Hollen for the U.S. Senate on Election Day.

Recognize the greatness of Sandy Koufax