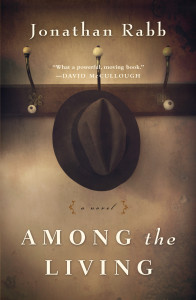 It starts with a list of hundreds of books in genres from horror to historical, and it ends with a select few for sale at the Bender Jewish Community Center of Greater Washington’s book fair.

There are no shortcuts to making final selections, just a group of volunteers who are ready to read as many books as necessary, from cover to cover.

Picking these choice few books from a pool of hundreds is an intense process, says Tracy Bloom Schwartz, co-chair of the Bender Jewish Community Center of Greater Washington’s Book Festival, which is running Nov. 3 -13. Choosing the volunteer committee that vets the estimated 450 books is just as rigorous.

“You have to show you’re a serious reader,” Schwartz says of the 18 chosen as readers.

The JCC pulls from a list of books made available to JCCs around the world through the Jewish Book Council, which serves as a national resource for American Jewish literature.

Schwartz describes serious readers as those who are “willing to immerse themselves in story and try to follow what the author is trying to do.” This also means being willing to read on even if the book doesn’t grab the reader.

Perseverance is necessary. Volunteers end up reading two to three books a week starting in April, and leading up to the festival. 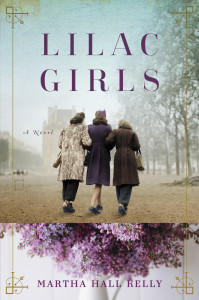 “There’s a commitment to absorb and share thoughts and read with a critical eye,” says Lisa Del Sesto, cultural arts coordinator at the JCC.

Readers also must have strong opinions about each book’s plot, characters and writing style as the committee votes on their final choices for the festival. But at committee meetings, feedback is not scarce.

“We could probably have five-hour meetings if everyone talked as much as they’d like to,” says volunteer reader Francine Simons, of Rockville. She’s been on the selection committee for six years. 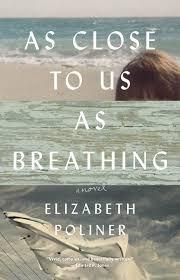 Simons said the first criterion for any book is that it contains content about Jewish values.

While being able to provide a critique is necessary, the volunteers must also be aware of their personal biases.
“[Our readers] are able to say, ‘I don’t like this book, however, it is a book others may enjoy,” says Del Sesto.

If a volunteer doesn’t feel she can’t overcome a bias, she’ll return the book to have someone else read it.

The evaluation doesn’t stop at the text, either. Each May, several members of the committee travel to New York for JBC Network, an event organized by the Jewish Book Council that gives authors from around the world a chance to pitch themselves to JCCs, synagogues, Hillels, federations and other Jewish organizations.

“We have 90 seconds on each author and their book,” Schwartz explains. “You don’t think that’s very long, but think about one of those television shows,” such as “Shark Tank” where entrepreneurs pitch themselves to billionaire investors. With months to prepare their pitches, authors make every second count, she says.
Simons says of the books she read, she recommends “As Close to Us as Breathing,” by Elizabeth Poliner; “The Lilac Girls,” by Martha Hall Kelly; and “The Bridge Ladies,” by Betsy Lerner.

She adds that the committee also makes sure to select one or two authors who are known nationally. This year, they chose “Here I Am” by Jonathan Safran Foer. And a section of the festival is dedicated to Elie Wiesel, who died in July.