An attentive crowd interrupted one candidate with frequent applause and laughed at the remarks of another during a forum at Temple Rodef Shalom for the men vying to succeed Democrat Terry McAuliffe as Virginia’s governor.

The forum, held Sunday only weeks before the June 13 primary, drew 400 people to the Falls Church synagogue, where the crowd seemed eager to hear candidates’ positions on issues facing the commonwealth’s voters. Candidates of both political parties made their pitch to the audience and took questions from the moderator, Darcy Hirsh of the Jewish Community Relations Council of Greater Washington, which sponsored the forum. 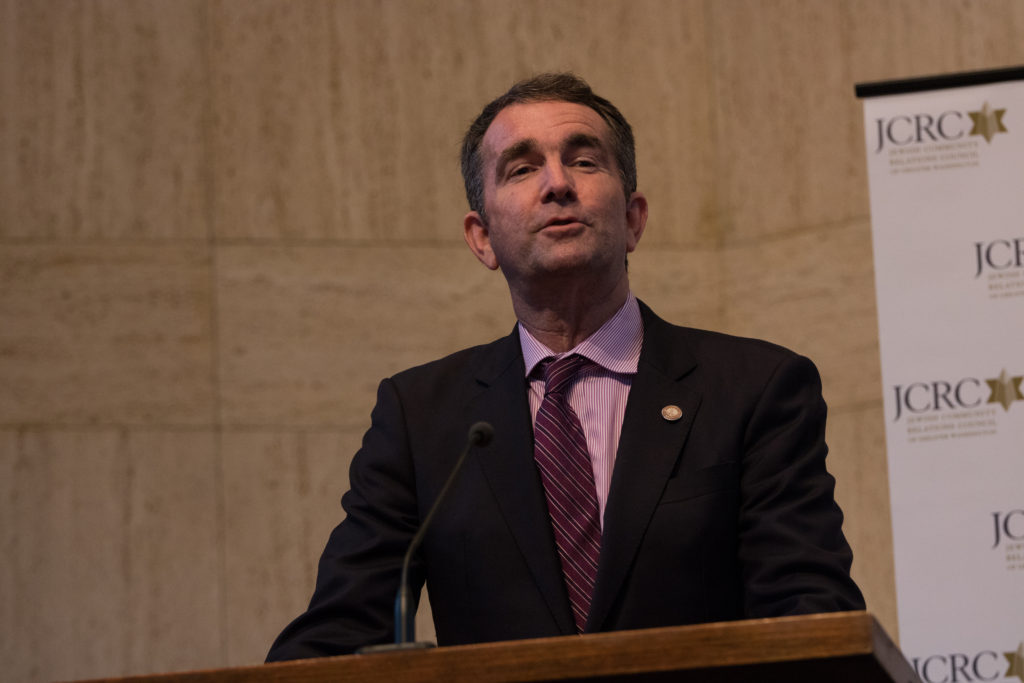 Ralph Northam, 57, Virginia’s lieutenant governor had the friendliest reception of the night. He was interrupted frequently by applause.

He blamed President Donald Trump for what appeared to be recent acts of hate in Northern Virginia, such as the vandalism of the Jewish Community Center of Northern Virginia and a nearby church.

“The discrimination and the hatred we see — a lot of which I think stems from what is [happening] on the other side of the Potomac River — has no place in the Commonwealth of Virginia,” he said.

Northam, a pediatrician, served as a physician in the Army. When asked about health care, he praised the Obama administration’s Affordable Care Act, particularly its expansion of Medicaid.

The health care provided to working people is necessary because the cost of health care has risen faster than salaries, he said, which leads to people being unable to afford insurance coverage.

“And from a moral perspective, everybody in this country, and especially in this state, should not be one medical illness away from financial demise,” he said. 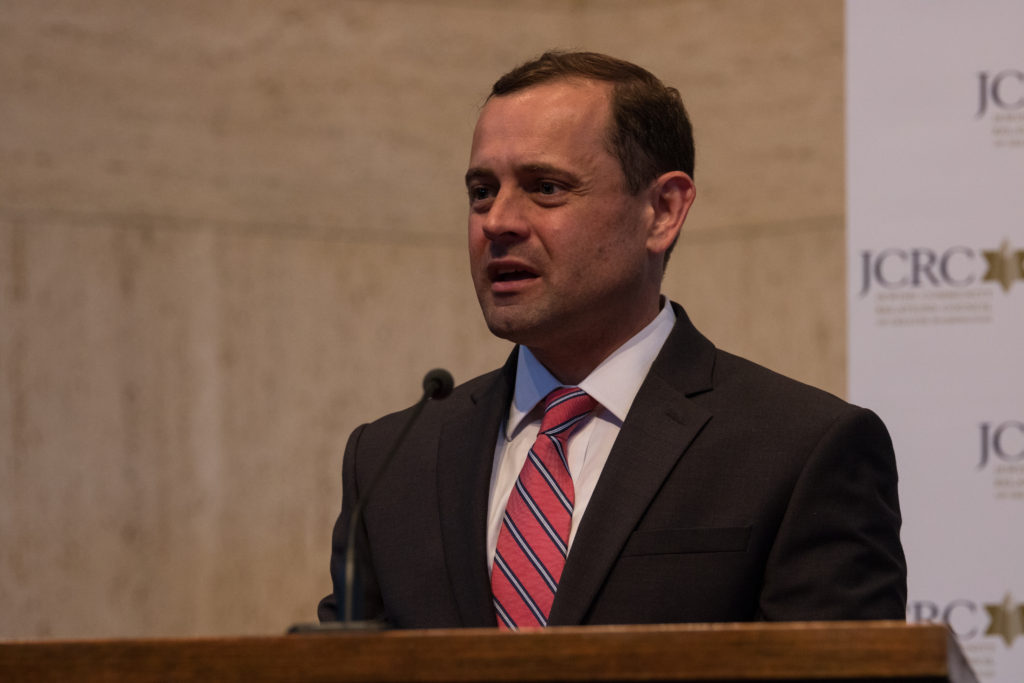 “We have to be honest that we stand at a scary moment,” he said in his opening remarks.

“We have seen the kind of hate and bigotry unleashed from the president himself. Those around him stand silent, and there are too many in communities who have used it as a permission slip” to vandalize religious institutions and harass religious minorities.

Perriello represented Virginia’s 5th Congressional District and lost the seat in 2010 to then-state Sen. Robert Hurt (R). Some of

Perriello’s views from his years in Congress returned to haunt him during the forum.

While in Congress, Perriello got an A rating from the National Rifle Association.

Questioned about his position now on gun laws, Perriello advocated universal background checks. The idea that there is no link between stricter gun laws and fewer gun deaths is a “myth of the NRA,” he said. 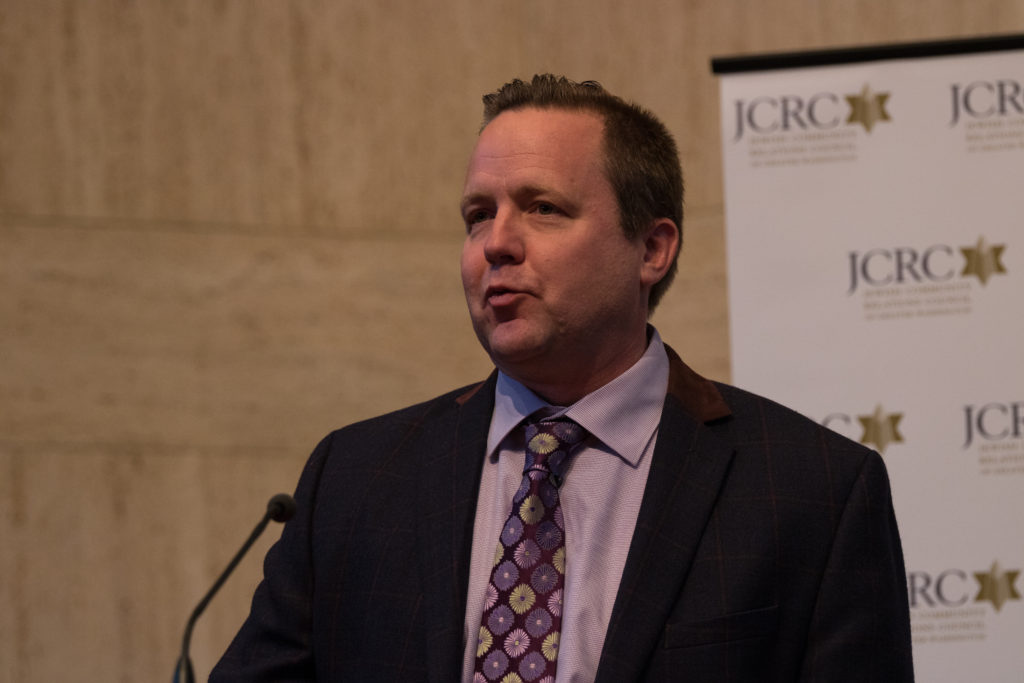 Corey Stewart, 48, the at-large chairman of the Prince William County Board of Supervisors, advocated tax cuts, an anti-abortion position and the removal of illegal immigrants who commit crimes.

In 2015, he was hired — and subsequently fired — as the Trump campaign’s Virginia chairman.

Some Republican officials in Prince William reportedly dropped their support for Stewart’s candidacy after he spoke in favor of keeping a statue of the Civil War Confederate Gen. Robert E. Lee in Charlottesville. A group of white nationalists rallied around the statue with torches on May 14.

The cordial audience lost patience with Stewart when he answered Hirsh’s question about what he would do as governor to make  Virginia a “welcoming place for all.”

Stewart tried to elaborate by pointing to individual Democratic politicians, but audience members shouted, “What about Trump?” 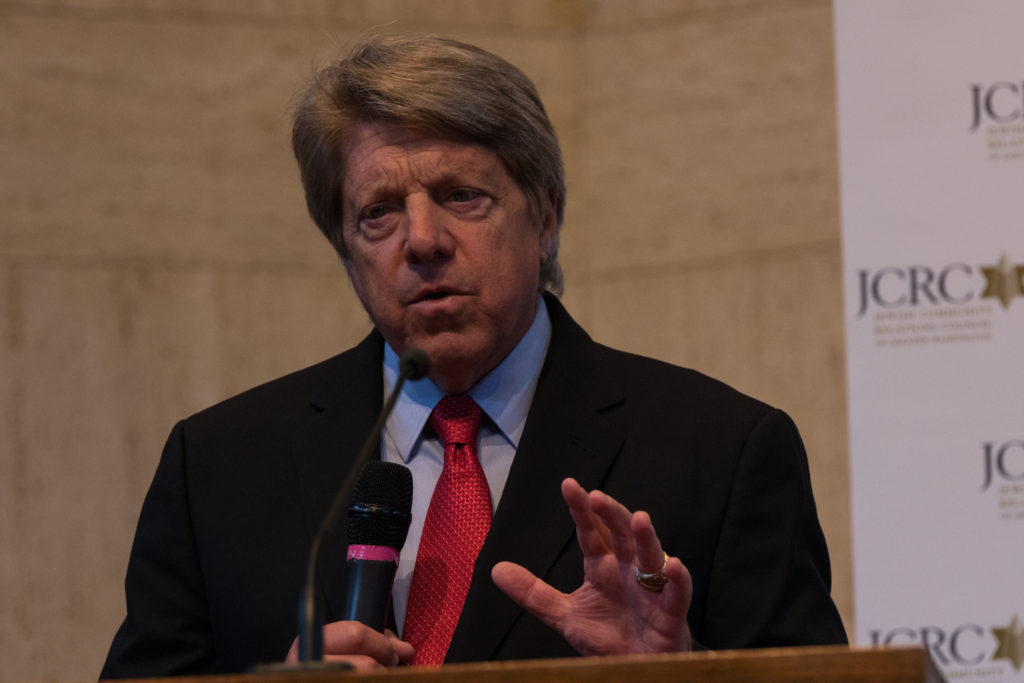 State Sen. Frank Wagner, 61, (R–District 7) stumped on transportation, claiming he is the only candidate to “talk seriously” about the subject.

“We don’t have enough money in transportation,” he said, citing Virginia’s relatively low tax on gasoline —16.2 cents per gallon.

By comparison, North Carolina’s is 32 cents per gallon.

He linked Virginia’s investment in transportation directly with the state’s ability to expand its economy.

Ed Gillespie, a former Republican National Committee chairman and counselor to President George W. Bush, was not at the forum.

His campaign is focused on inclusiveness and economic growth, said Paige Hahn, a surrogate who read his remarks.