At a happy hour on June 7 at Town Danceboutique, hosted by Jewish LGBTQ groups Bet Mishpachah and GLOE, patrons reflected on the court’s narrow decision in favor of a baker who refused on religious grounds to bake a wedding cake for a gay couple. 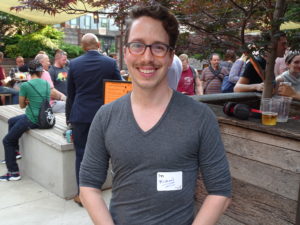 “I do understand [the Supreme Court was] trying to protect [religious freedom] in a narrow regard, when there is a clear bias toward religious groups, and I do think that we have to have those discussions. Religious communities are not going to change because they’re forced to.”
—Michael Weinberger, Washington 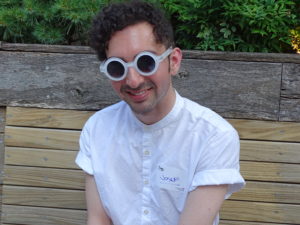 ucky to be in a Jewish community locally that is much more progressive on LGBT inclusion than other parts of the world, so my hope is that our community can serve as a model to other communities around the world that are still grappling with issues like discrimination. As far as the case … It’s a tough call to make. I certainly don’t support discrimination, but I do respect the decision that our Supreme Court justices have to make. It’s conflicting.”
— Josef Palermo, director of GLOE 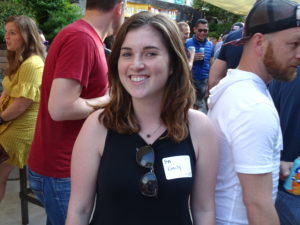 “I was definitely devastated by the result, but I have hope for our community.”
—Emily Schnee, Washington 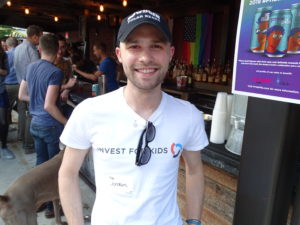 “Sometimes it’s easy for our community to live in our own little bubble. While D.C. is very progressive, parts of this country still need help, and there are people in those areas that still need help and to know that they’re loved, and that they have a place in this world.”
—Jordan Lantz, Washington

When there was a de 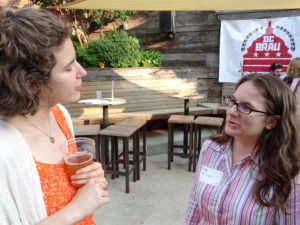 cision to focus on gay marriage before a national nondiscrimination policy, people knew that once it won you could get married but be fired the next day. We’ve come an amazingly long way, and there’s still a long way to go.”
—Rachel Metz, Takoma Park (on right)