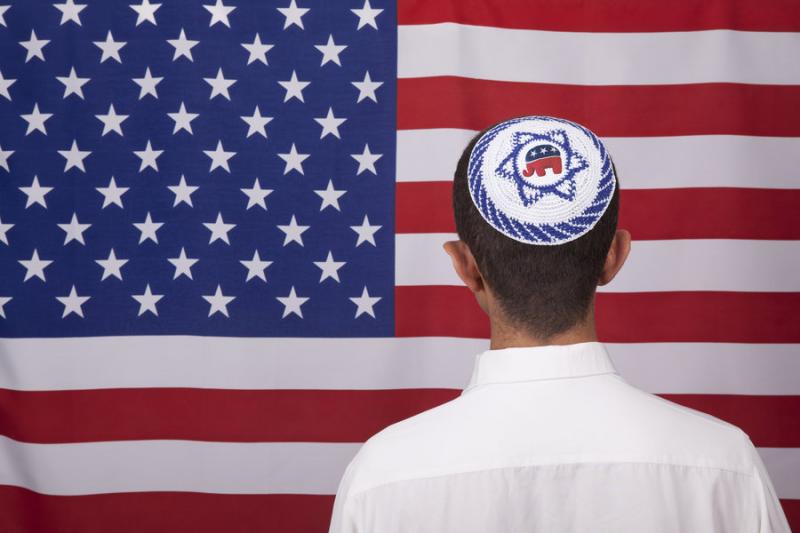 Jews who vote Republican and make national security both at home and in Israel their main issue every four years continue to wrestle with the question of the day: Should I support Republican presidential nominee Donald Trump in his bid for the White House?

Washington-area Republicans have struggled with the GOP candidate’s hostile rhetoric and violent threats toward Muslims, Latinos, women, the disabled, Jews and those who oppose him politically. That, plus his lack of experience has made it impossible for many Republican Jews to support him.

Prominent Jewish Republicans, including Brookings Institution Fellow Robert Kagan and Bret Stephens, op-ed columnist for the Wall Street Journal have announced that they would vote for the Democratic nominee, Hillary Clinton.

Bill Kristol, founder of the Weekly Standard and the Emergency Committee for Israel, and Elliott Abrams, deputy national security adviser to President George W. Bush, say they will support neither.

This marks an exodus of support that has not been seen since Sen. Barry Goldwater’s 1964 Republican presidential campaign that ended in a landslide for President Lyndon B. Johnson.

Republican strategist Lee Cowen is part of that exodus.

“I think as Republican Jews we, along with a lot of the country, feel that the country needs stronger leadership. I think most Republican Jews are frustrated by the eight years of the Obama administration,” said Cowen, president of a consulting firm in Washington.

“But I just can’t support somebody who does and says so many egregious things,” he said, referring to Trump.

“I’m a lifelong Republican and have supported many Republicans, but I consider myself an American first and a Republican second,” he said.

Another potential Johnson supporter is former George W. Bush White House speechwriter Noam Neusner, who is also a member of the “anyone but Trump and Clinton camp.” The two have something in common, he said.

“This is an unusual national election because neither candidate is reliably pro-Israel,” he said.

In a March essay in the Forward, “How Republican Jews Utterly Failed To Prevent Rise of ‘Toxic’ Donald Trump,” Neusner sounded more dire: Trump “has built within our party the nearest thing America has ever seen to a European nativist working class political movement.” he wrote. “Such movements, to put it mildly, have never been good for the Jews or allies of free thought and the free market.”

But in an interview this week, Neusner spoke as a political analyst. The election will be won in swing states, where as little as a five-point lead could make a difference, he said.

“The Jewish American vote in specific states and specific locations matters,” said Neusner, who lives in Maryland. “It doesn’t matter that much in Maryland, but it matters in Northern Virginia. Jewish voters matter a great deal in Florida and Ohio.”

A poll of Florida voters by GBA Strategies gave Trump 23 percent of the vote to Clinton’s 66 percent. With upwards of 500,000 Jews, Florida, has one of the largest concentrations of Jews of all the swing states.

But the poll also found that among Florida’s Orthodox Jews, the percentages were reversed, and those voters were not likely to change their minds.

“One thing is clear right now in terms of Jewish American loyalties, and that it’s the Orthodox have shifted to the right, and that’s the growth sector,” Neusner said.

To be sure, there are Jews beyond the Orthodox who support Trump. The website JewsChooseTrump.org, has been active for about a month and includes the names of 1,000 Jews throughout the country.

“When I told people at my synagogue [Congregation B’nai Tzedek in Potomac], they said, ‘This is going to be a very exclusive club,’” she said.

Greenwald, who led a campaign to force the Jewish Federation of Greater Washington to end community funding of Theater J because of the plays it produced, said national security is her top priority, adding that Trump is not afraid to state openly that “Israel is an ally and that Islamic extremism is at war with us.”

An opponent of last year’s Joint Comprehensive Plan of Action to curb Iran’s nuclear weapons program, Greenwald said she shares with most Jews a wish for strong national security and support for Israel.

“So I find it incomprehensible that they’re not supporting Trump,” she said. “[Trump] recognizes the Iran deal is the worst document the U.S. ever signed,” she said.

Greenwald said she was a Democrat until the terrorist attacks of Sept. 11, 2001, which changed her perspective.

“I was watching [writer] Susan Sontag about five days after the bombing being interviewed by some effusive reporter, and Sontag said we deserve this because we’re a colonial-imperial power. I thought,

‘No, we do not deserve this, and you don’t speak for me.’”
Security concerns are why Fairfax resident Joseph Gelman supports Trump. Gelman has lived in Israel on and off since age 10, and served in the Israel Defense Forces as a paratrooper during the first Lebanon War in the 1980s.

“The concept of deterrence in order to maintain peace is important,” he said, adding that Israel’s security should not be left to the United States, particularly the Democratic candidate.

“I think the Israelis are far better people than Hillary Clinton to decide what is best for Israeli security,” he said.

Gelman said he is not concerned about Trump’s lack of experience in politics. He thinks the country could use a break from politicians like Clinton.

Lack of experience is “not something that I think is a negative necessarily,” he said. “People that commit their entire lives to politics are suspicious in many ways. It would be nice if some of these guys got a real job before they got a job in the Washington bubble. Maybe they would be able to relate better.”

Gelman added that Trump’s rhetoric against minorities also does not factor in to his voting decision.

They are “heat of the moment” comments and do not paint a true picture of Trump.

But even for Jewish Republicans like Cowen and Neusner who oppose Trump, the businessman’s rise to the top of the ticket does not signal the end of their party. Many are looking ahead to a brighter 2020.