A synagogue in Asheville, N.C. was shaken from its already penitent mood during Kol Nidre services, when one Torah scroll followed by another fell out of the ark and hit the bimah, my colleague Roni Robbins writes in the Forward this week. A nimble congregant caught a third scroll  as it started to drop.

A Torah scroll is the holiest object in Judaism because it contains the word of God, and worshipers take care to show it reverence by, among other things, never letting it touch the ground. So the members of Congregation Beth Israel were understandably shocked by the ritual transgression they were somehow complicit in allowing to happen and began discussing how to make reparations.

“We’ve turned the whole thing into a wake-up call and a teachable moment,” a synagogue leader told Robbins.

In such a situation, tradition — although not the Torah or Talmud — calls for a 40-day dawn-to-dusk fast at the rabbi’s discretion. Forty days is the length of time Moses spent on Sinai receiving the Torah. As an addition or alternative congregants may give tzedakah.

But what is the best way to perform a tikkun, a repair of the breach? Rabbi Mark S. Glickman, of Congregation Kol Ami in Woodinville, Wash, found himself in a similar situation when a congregant dropped a Torah scroll and injured himself during Simchat Torah celebrations.

Glickman wondered if he and his congregation were too fixated on the scroll – “an object made of wood and ink and parchment,” he wrote. “The Torah’s truth, wisdom and holiness remained uncompromised. So was dropping it really all that bad?”

In the end, Rabbi Glickman decided on a series of tikkunim, and his Reform congregation, which he said clearly felt “off” after their Torah was dropped, responded willingly to make things right again.

But the rabbi made a valid observation: in the rush to fasting and self-punishment, the essence of Torah can be easily overlooked. “This is the fast I desire,” we read on Yom Kippur. “To unlock the fetters of wickedness…To let the oppressed go free…to share your bread with the hungry…and to take the wretched poor into your home” (Isaiah 58:6).

By focusing too narrowly on the scroll we run the risk of losing the spirit of the Torah and making an idol out of parchment and ink. As we celebrate Simchat Torah this week, that’s something to keep in mind. 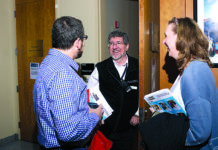 2021 in review: Our most-read stories of the year 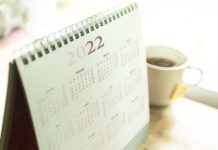 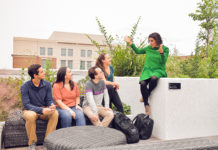