Fifty years ago this week, on July 20, 1969, Apollo 11 landed on the moon. That moment, and astronaut Neil Armstrong’s first steps on the lunar surface, was viewed by hundreds of millions of people back on Earth.

It was an event not to be forgotten. At Leisure World, in Silver Spring, they remember the moon landing well.

I had recently graduated from college. I was in Austria. It was my first time going to Europe and I went with a friend. We were in a hotel, so it was very interesting. We had to get up very early in the morning to see it. In between [the launch and the landing] people would come up to us on the streets and say, “American? Very good. Congratulations.”

I was in my early 30s. We lived out on Long Island, a place called East Meadow and TV wasn’t what is today. But when they showed the pictures of the landing on the moon it was very exciting, partly from the technical point of being able to land. For the United States, it was a tremendous accomplishment.”

I was 22 years old. I was at the University of Maryland in the Hillel House. It was night and I brought a television set over and we hooked it up. It was me and two other students. We sat there and we watched the entire event on the third floor. It was exhilarating.

My wife and I were attending a musical performance in Gaithersburg. During the performance they interrupted it to announce that the astronauts had landed on the moon and we cheered and clapped and everything. But, [we] couldn’t wait to get to see it on our black and white television.

I was in my home and watching it on television spellbound. So fascinated. We were succeeding so far in our country. A friend of mine had talked to me about the cost of it. It just made me want to watch it and I did. I always thought I’d like to go to the moon, if they ever let me.

I was in Beltsville. That night our building had a blackout. We kne 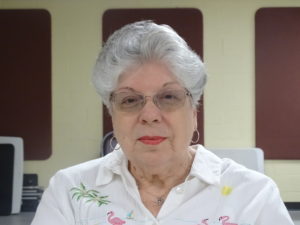 w that the moon shot was coming, so we all went down to my apartment because I had the Shabbos candles. Nobody had flashlights, so we had the neighbors and their children [over.] And we were watching the moonshot. It was very exciting.”