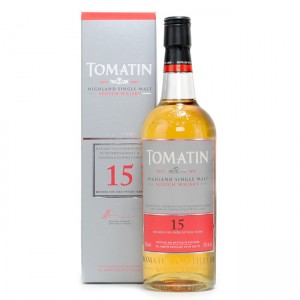 Since oil played a significant role in the Chanukah story, oily foods have become traditional during the holiday. So those celebrating both Chanukah and Thanksgiving are likely to have some interesting menu variations this year. Wine, of course, should play an important role.

As a symbol of joy that also helps ease tensions and lighten moods, wine can become an integral part of both holidays — not only as an accompaniment to wash down your festive foods, but also as an ingredient to take your dish to another level.

Wine is a common element in many recipes. The general rule of thumb is to only cook with a wine you would enjoy drinking (especially while cooking). Because you will be cooking with it, however, there is no need to use your most expensive wines as there are many other flavorful and much less costly options. Another general rule of thumb is that, despite the name, “cooking wine” is really just a synonym for “disgusting” and will not improve anything. A related trick to having your own wine on hand for cooking without having to open a new bottle, is to get into the habit of freezing leftover wine in ice-cube trays to be utilized at a later date for cooking.

Unless you are following a recipe, take care to consider the wine’s characteristics, including acids, sugars and tannins. For a dry white consider a sauvignon blanc, while a good cooking choice for a hearty dish is a bold dry red such as cabernet franc, zinfandel or petite syrah. Deeper flavors can be developed with a fortified wine such as sherry or port. Add the wine separately from other liquids to allow it be integrated into the dish. It is worth noting that cooking does not actually cook out all of the alcohol. According to a USDA study, 75 percent of the alcohol remains after flambéing and 35 percent lingers after 30 minutes simmering on the stove. Apparently it takes 2 1/2  hours of cooking time for 95 percent of the alcohol to disappear.

This week we recommend a lovely kosher barbera, an Italian varietal that is showing much promise in Israel. Fruit forward with good acidity for balance and the structure to work well with stuffing, turkey, as well as oily latkes, the Shiloh Shor Barbera 2009 expresses coffee, currant and berry scents that lead into spicy red fruit touched with herbs and some vanilla and oak in the finish.
Spirits-wise we thought we’d space out our Islay exploration with a return to Scotland’s Highland region, and to consider the Tomatin Distillery. One of us had the pleasure of visiting the distillery a few years back. We toured the distillery and tasted through the entire portfolio with longtime distiller turned brand ambassador Douglas Campbell (he’s been with Tomatin since 1961) and Tomatin’s sales director, Stephen Bremner. Such a lovely visit.

Located on the eastern edge of the Monadhliath Mountains just 16 miles south of Inverness, Tomatin was established in 1897 (after centuries of illicit distilling). The small town of the same name developed around the distillery (the name itself comes from the Scottish Gaelic “Tom-Ah-Tin” meaning “hill of the juniper bush”). The distillery stands at 1,028 feet above sea level, making it one of the highest in the country. When covered in snow, the distillery stands out rather prominently.
The distillery floundered a bit in those early years until the 1950s, and in 1956 it underwent significant expansion; it did so again and again over the next two decades. By 1974, when the distillery stopped malting its own barley, the distillery had 23 stills operating, with a capacity of about 12 million liters of spirit annually — making it the largest distillery in the country for a time. Due to market contraction, however, the distillery found itself overextended and went into liquidation in 1984.

In 1986, Tomatin was saved when it became the first Scotch malt whisky distillery to be purchased by Japanese interests (it is still owned today by the Takara Shuzo Corp.). Production capacity was scaled back significantly to nearer 5 million liters (though actual output has been substantially less), and 11 of the stills were later dismantled. The distillery is also one of the few with its own in-house cooperage to maintain and repair casks.

The brand has, lamentably, a fairly low profile, especially here in the U.S. Very little of the Tomatin production goes to single malt whiskies (most is for blends like Antiquary, The Talisman, and the Big “T”), and very little of this single malt was exported to North America before 2010. Thankfully, this is changing and Tomatin is not only eager to expand its single malt presence, but also to increase its market share. Indeed, Tomatin whiskies are well worth seeking out. Likewise, the distillery makes for a nice visit and is one of the easiest distilleries to get to as well (whisky-tourists take note).

Another thing to be grateful for is that Tomatin has so far had the decency of pricing itself very fairly, rather than simply dressing up the packaging and inventing prices to “position” itself into a “luxury category.” This is particularly welcome as, despite Tomatin’s focused growth on single malts over the last few years, there isn’t really all that much of it to go around.

Without further ado, here are three of Tomatin’s whiskies to find and enjoy:
Tomatin 12 Year Old, Highland Single Malt Scotch Whisky (43 percent abv; $35; finished in Spanish sherry casks): Opening with a rich malty, sweetish, slightly fruity nose, this relatively gentle whisky offers clean and appealing, if not complex, notes of caramel, toffee, vanilla, pear, a touch of bitter chocolate, raisins and a hint of nuttiness. The finish is dry and enticing. Easy drinking and unassuming, this offers excellent value for the money.