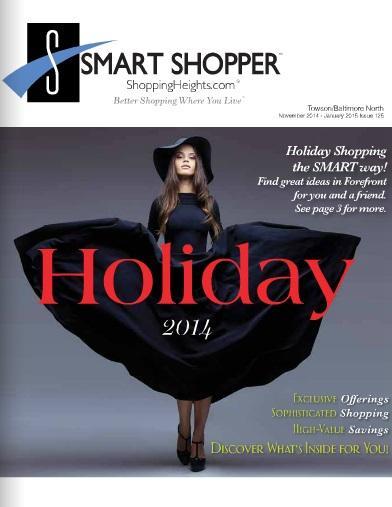 “After 25 years, it was time for me to reposition myself,” said Frahm. “Craig Burke and Mid-Atlantic Media made for an ideal acquirer. With their strong presence in central Maryland, Smart Shopper’s brand of high-end direct mail is in good hands.”

The transaction became effective Wednesday, Dec. 31, 2014, culminating roughly two months of negotiations. The sale price was not disclosed. As part of the acquisition. Mid-Atlantic Media has retained some key Smart Shopper employees.

Mid-Atlantic Media was recently formed to consolidate the holdings of Clipper City Media and WJW Media Group. In addition to its publications, it also operates a substantial custom-media portfolio with offices in Owings Mills, Md., and Rockville, Md. It plans to run the Smart Shopper property from its Owings Mills location.

While emphasizing a “business as usual” approach for the near term, Burke stressed that the acquisition fit right in with Mid-Atlantic Media’s strategic plans.

“Smart Shopper was attractive to us because of the great job it does helping advertisers attain impressive ROI [return on investment],” explained Burke. “Our research and market expertise tell us that Baltimore-area consumers find it to be a useful vehicle for saving while shopping for luxury goods. As such, the Smart Shopper brand has many synergies with our current core products.

“It’s our goal to expand the product to core markets and develop its digital features,” continued Burke.