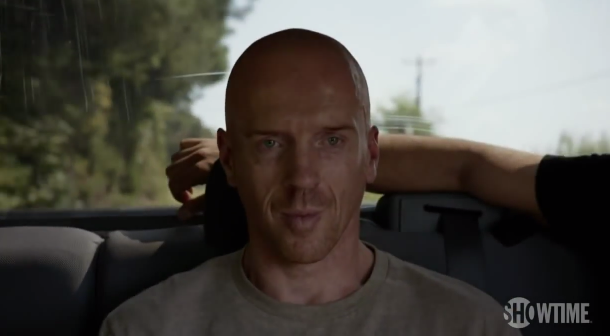 Admit it. You got a little (just a little) teary-eyed seeing Brody reuniting with Dana. Never mind the fact that the most wanted man in America was just out in the open and there was no security detail on Dana, or that Brody showed absolutely no signs of wanting to see his wife and son. Brody telling Dana to accept him and Dana responding with “I never want to see you again” was heartbreaking, especially since she may get her wish.

Homeland is headed into its homestretch territory, and I’m not sure how I feel about it. I expect to see an exciting showdown in Iran, but the entire premise of Saul’s plan seems difficult and somewhat nonsensical. Either way, Brody needs to die because if he doesn’t, Homeland will start to become more unrealistic than The Walking Dead.

Reunion: Saul’s awfully complex plan is to get Brody into Iran with an on-the-ground military team, whose goal is to kill Javadi’s boss and have Javadi become the next leader of Iran. Or something. It’s really confusing but somehow Saul thinks this will fix Iran’s relationship with the U.S. and Israel (this is hitting a little too close to real life, no?). Also, Saul was overly confident in this episode, and if the show has the guts, his plan will fail miserably.

In order to get Brody ready, Saul and Dar needed to get him off the heroin and through withdrawal. They transported him from Caracas to Virginia. Having him go cold turkey was getting them nowhere. They needed Brody to be ready within the week, so Dar suggested a Nigerian hallucinogen that’s illegal in the U.S. but gets patients through withdrawal with the snap of a finger. One major side effect of the drug was that it gave Brody hallucinations involving former marine buddy Tom Walker and visions of Abu Nazir. This caused Brody to try and kill himself by stabbing his wrist repeatedly with the point of a chair. Yikes.

Saul decided the only way to speed Brody through recovery was to reacquaint him with Carrie. As expected, the reunion wasn’t joyful. Brody didn’t want to go through any of Carrie’s “games,” as he called it, but Carrie got him to agree to the terms by letting him see Dana.

Brody family update: Guess what, people. Dana now works as a motel maid (excuse me while I laugh hysterically). Initially, Carrie refused to let Brody out of the car to see Dana. But after some convincing, Carrie agreed and once again, defied Saul. And why wouldn’t she? Her gunshot wound from last week’s episode was his fault.

The Brody-Dana reunion was a bust, but for Brody, it was an eye-opener and he’s apparently ready to fight for his country again. But is he really ready? Earlier in the episode, he was having trouble keeping up with his team (who strangely have beards of the same length) and it was like a scene out of a Rocky movie.

Carrieland: Brody caught Carrie smoking a cigarette. She really doesn’t care about her baby, does she? In the beginning of the episode, the doctor summed it up best: “In case you were wondering, your baby will be fine.”

CIA problems: Lockhart knew Saul was in Caracas, getting his intel from none other than Alain Bernard. Mira’s man on the side is actually an Israeli Intelligence Officer who hacked Saul’s computer and reported back to Lockhart. Thanks to expert snooping from Virgil and Max, Lockhart was busted. Instead of outing him to the papers, Saul decided to blackmail him into giving him more time at the CIA to get Brody ready and execute his plan. His main reason was he didn’t want to humiliate Mira. What a gentleman.