The youngest survivor of the Holocaust is now a senior. We are quickly approaching the time when they all will have passed, when no one will be left to roll up his sleeve and point to numbers tattooed upon his arm and say, “I was there. This is my story.”

What will the world be like then? The world with no survivors.

We asked this question to a child of survivors, a student, a social worker, a historian, an archivist and a survivor. Their answers follow in a moving tribute to those who will never be forgotten. 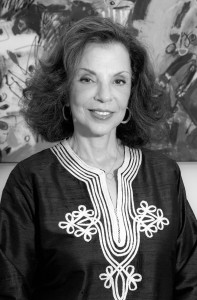 Every week my father, a survivor of Auschwitz, a remarkable 88-year-old who still lives in the tight-knit Holocaust survivors’ community in Los Angeles, calls me in Jerusalem to say “Shabbat Shalom.” Then he tells me who is “no longer with us.”

I experienced the death of the “last survivor” when my mother died. She was the only one in her family who had survived the war. With her dying, every thread that tied me to the family she kept alive was gone.

My mother, who did not speak much, did speak of the beauty before the war: her generous parents; her brothers and sisters; what it was like in der hym – in her home. She did not speak of the brutalities of the war. And, when she wept, it was one tear at a time. Had she ever allowed herself to truly cry, she never would have stopped.

The great sadness does not leave when they do; it lives on, in their children, as well as the strong belief we can survive.

The last thing my mother said to me is “Mindeleh, don’t let it die with me.” For her the “it” was family; history; culture; belief and experiences. What I was left with, however, was an existential emptiness. How does one remember what she herself couldn’t really express?

One day there will be a “last survivor.” With that person a world will be lost of people who understood what strength it took to get through a minute, much less a day. My mother’s eyes would plead: “Please be happy, even if I can’t be.” My father, to this day, doesn’t want me to “worry” about anything. He worried enough for all of us,

We’ll know and remember their stories, but we’ll lose the physical, emotional and personal connection – the flesh and blood strength it took to create a new life.

May they live long and well and may those “lost to us” rest in peace. 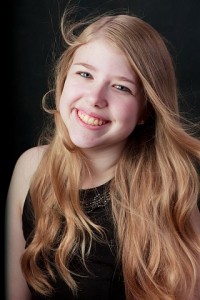 A senior at Wootton High School in Rockville, Sara’s senior independent project was titled “The Will to Bear Witness: An in Depth Psychological Examination on Holocaust Survivors’ Resilience and Perseverance.”

I grew up being taught the lessons of the Holocaust from my grandmother. She lost her family when she was 13. With no family and nowhere to go, she disguised herself as a German orphan. She raised herself, moved to France and then the United States to raise her family. She spoke out against the travesty of racism and was an activist in the Civil Rights movement. She became a professor in order to teach the evils of mankind but also our compassion at times. The valuable lessons she taught me, I could not get anywhere else.
Right now, I’m thinking about the future. A day when I take my kids to the United States Holocaust Memorial Museum and there are no survivors to tell their tales – only pictures and words they once said. I’m wondering how I begin to explain the evils of the world and how hate can cause so much harm and destruction. Reading literature and watching videos are no substitute to looking a survivor in the eyes and hearing her story.
In 2012, I went on a Holocaust education program to Poland called March of the Living. A survivor named Trudy Album attended the trip, as she does every year. She emphasized that no matter what, the younger generation must tell their stories for them. She told us we must stand tall against deniers, anti-Semites and the ignorant. We must become the eyewitnesses. 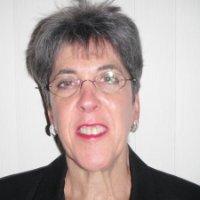 Having shared many personal moments with survivors through years of professional opportunities to travel with, advocate for and facilitate access to “social safety net” services for them, my own poignant sense of loss springs from the deep places within my humanity that survivors have touched – and changed. The lessons that I continue to learn about courage, resilience, hope and faith transcend the terrors that they faced, help me overcome the fear and despair that have wounded me in a life less treacherous.

Survivors have taught me – and so many others – how to bear the pain of separation from those we love; how to find strength to renew and rebuild; how to maintain belief in goodness that is real; and how to light the darkness that shadows so many people in need.

Survivors have taught me – and so many others – to place our own individual pursuits into a wider and more profound context of peace, justice and respect in our community and our world.

With no living Holocaust survivors, these fundamental lessons that will help to shape a new generation will have to come from other sources – starting with those of us who have heard survivors’ testimony firsthand, and are determined to model its lessons in our own lives.

Each of us must become a compelling, compassionate “witness” who transmits the history. The absence of a living person with whom to interact will be palpable:  a pre-recorded image can’t hug you back. We will be challenged to convey the immediate and particular power of an eyewitness’ message: That this most tragic legacy came at the expense of our own collective family, and that “Never Again” is forever seared into our hearts and minds as yet another Jewish rallying cry for freedom for all peoples. 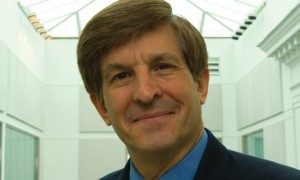 Co-author with Richard Breitman of FDR and the Jews (Harvard, 2013), the winner of the National Jewish Book Award in American Jewish studies.

Modern history is an inextricable mix of private memory and public records. The survivors of the Holocaust against the Jews have taught us much about the evil they encountered at the hands of the Nazis and their collaborators across Europe. They also stand as living symbols of human survival and even triumph under the most challenging and tragic of circumstances. We will all be diminished when the generation of survivors passes from this earth.

The Nazi Holocaust stands out as a singular tragedy even in an era of genocides across the globe. Never before or since has a modern industrial state sought to annihilate an entire people – men, women, and children – wherever they may be found across all national borders.

Americans at the time found it difficult to understand why in the midst of a war to the death the Nazis would divert so much manpower and resources to the mass murder of Jews. We now know that for the Nazis the slaughter of Jews was not a diversion from the war but a major aim of the war. Sadly, the Nazis and their henchmen were more dedicated to killing Jews than most of the world’s good people were to saving Jews.

In 1943, in the midst of the Holocaust, a group of transplanted Jewish Palestinians produced in the United States the pageant We Will Never Die. The Holocaust survivors are living proof of the truth of those words. With their passing it will be incumbent upon historians, journalists, human rights activists, and world leaders to keep alive their memory and never let the world forget the horrors that come from the degrading and dehumanizing of our fellow human beings. 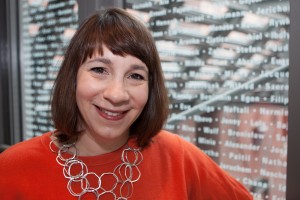 Every day people of all ages and from all backgrounds cram around a desk inside the United States Holocaust Memorial Museum. They listen as the often softly intoned voice of a survivor tells the story of one individual’s experiences during one of the darkest chapters of human history. Many of the visitors have just left the museum’s permanent exhibition where they’ve seen the testimonies of the victims, the documentation of the perpetrators, and the many artifacts and photographs on display, including the shoes found at the Majdanek concentration camp. Yet, seeing the face of and listening to a person who was actually there makes the visit even more meaningful.

Next year will mark the 70th anniversary of the defeat of Nazi Germany. The number of eyewitnesses to the regime’s crimes diminishes each year. Institutions such as ours, and others around the country, will ensure the victims are remembered. Technology will help us connect future generations to the people we are fortunate enough to interact with every day, but the survivors are irreplaceable. Our challenge is finding a way to impart this history to younger people – to make it real and relevant to those who will never have a chance to hear a survivor speak.

We know that learning about the Holocaust inspires people to take action – to ensure that unchecked hatred is not allowed to flourish anywhere and threats of genocide will not go unanswered. Future generations’ connection to this history will only be as strong as the one that we forge. We must commit to ensuring the next generation will know and retell the survivors’ stories so that those who never have an opportunity to personally hear a survivor speak will be inspired to effect change in their world by the example the survivors set in ours. 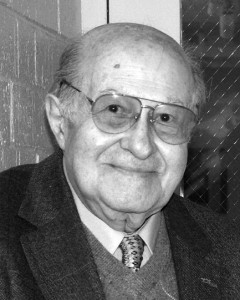 Survivor and author of more than 20 novels and books of poetry.

Always someone asks me “What will happen when the survivors are gone?” There is one answer – look at the Bible, look at the story of Amalek. This happened 3,800 years ago. The Bible warns: Never forget what Amalek did to you when you left Egypt. It’s the same as the Holocaust.

A friend of mine always says, “We Jews have many memories. But this we don’t forget.” Someone will always write a book or poem. That is what will go on living. And the ones who are interested in learning will find Yad Vashem or Kibbutz Lohamei Haghettaot or books. I don’t believe this will be forgotten.

Now, many of my survivors, I was founder of two survivor organization, always when I visit them they are already starting to forget. I see how they forget already. And then we have those who don’t want to remember.

But those who want to write will find a way to write.

There is a reason we survived. We survived to bear witness. The yizkor. This is our obligation. This is the story of the survivors.

This is our story. The ones who want to learn will learn if not from survivors then from the stories they wrote. Those who want to know will always find a way.