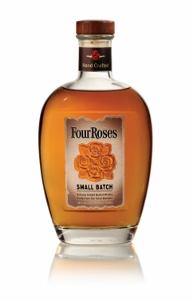 Among the many factors that determine a wine’s quality, perhaps the least appreciated by most consumers is the role of yeast. It is these microscopic, single-cell organisms (a type of fungi) that convert the sugars found in grapes (and grains) into alcohol and carbon dioxide via the process of fermentation. There are numerous different yeast strains utilized in winemaking and each subtype has its own specific efficiency and impact upon the wine’s ultimate flavors.

Most winemakers prefer to utilize commercially available yeasts which have been developed to have predictable biochemical characteristics. This gives them an additional element of control over the process, allowing them to tailor the resulting flavors more precisely. Often the yeasts are used in combination since some work best early in fermentation when the alcohol content is low while others can tolerate the higher levels that develop later.

Other winemakers prefer to utilize the yeasts naturally present on the grapes and decry the use of commercial yeasts as excessive and unnecessary manipulation. This is a more risky approach since wild yeast fermentation may take a week to get going in earnest and a partially fermented mixture of sugar and other organic goodies is a perfect breeding ground for bacteria that may spoil the wine. The more technically minded winemakers call wild yeast fermentation “Russian roulette” wine making since as much as 10-20 percent of the production can become undrinkable. Few, if any, wineries can withstand this type of economic jeopardy especially since several blind tastings by experts have not shown any particular flavor advantage imparted by wild yeast.

Despite such risks, there are still plenty of winemakers creating wines with wild yeasts, including the kosher Dalton Wild Yeast Fermentation Reserve Viognier 2012 that opens with more wood aromas than the typical floral and fruit associated with this varietal. But the oakiness fades over time revealing peach, white flower and honey scents that expand nicely into quince, stone fruit and spice flavors in this medium-bodied, well-balanced wine with a pleasant, lengthy mineral- and spice-infused finish. Built more for power than finesse, consider this wine with roast chicken, grilled seafood and Moroccan-inspired fare.

Spirits-wise, the importance of yeast is significantly dwarfed by the process of distillation and then maturation, yet it is not wholly insignificant. No better example of this comes to mind than Four Roses Kentucky Bourbon. The Four Roses Distillery continues to produce some of the most interesting bourbon on the market today.

Built in 1910, the Four Roses distillery stands just south of Lawrenceburg and was built in an unlikely Spanish-mission style suggesting locales south of the Rio Grande, or at least west of it. The distillery is on the National Register of Historic Places. Another unusual aspect of Four Roses is that none of the straight bourbon whiskies regularly produced there from the late 1950s were available for purchase in the United States until 2002. In fact, for much of this period, the bulk of this distillery’s output was shipped in bulk to Scotland and bottled there for distribution to Europe and Asia. After Prohibition destroyed the legal distilled spirits trade in the U.S., the Four Roses brand was re-introduced by the Frankfort Distilling Co. and was a huge brand in the 1930s, 1940s, and 1950s.

The Seagram Company, owned by the Bronfman family of Montreal, bought Four Roses in 1943, and in the mid-1950s Seagram decided to end its domestic straight bourbon operations and focus on the growing European and Asian markets. Seagram’s decision to focus on blends for its U.S. holdings, meant that the Four Roses brand was only vaguely kept alive domestically via the cheap rot-gut blend Four Roses American, where its popularity soared among the Skid Row set.

Seagram’s was the largest distiller of alcoholic beverages in the world until it sold off its beverage division in 2000.

In 2002, Four Roses was sold to its primary Asian distributor, the Kirin Brewing Company of Japan. Kirin immediately and mercifully killed the cheap Four Roses American label. Kirin then reintroduced the Four Roses Straight Bourbon Whiskey to the United States where it was being brilliantly made for all those decades.

Kirin not only unleashed the creative energies of master distiller Jim Rutledge and his team, it increased production and greatly improved distribution. Most bourbon producers use a variety of grain formulas known as “mash bills” (grains that are fermented to produce the beer that will be distilled into bourbon) to produce variation in their product line. Yet at Four Roses, Rutledge uses just two different mash bills. The variation of his whiskies comes from his use of Four Roses five proprietary yeast strains to produce 10 distinctive whiskey recipes. Thus, Four Roses can quickly mix and match flavors to develop its whiskies. A visit to the company’s website (www.fourrosesbourbon.com) not only explains all the wonderful whiskey-geek details, but provides the key to knowing which recipe forms the base of whichever of their whiskies you purchase.

Since 2002, Four Roses has produced its flagship bourbon, “Yellow” (up to all 10 of their bourbon recipes can go into this one), a “Single Barrel” bourbon (made from a single recipe), and a “Small Batch” bourbon (made from a mingling of four of their recipes). Further, Rutledge periodically selects a small number of “exceptionally smooth and complex barrels,” as the website describes them, from any one single recipe which will then be bottled as either one of their “Limited Edition Single Barrel” releases, or to be blended together and bottles as a “Limited Edition Small Batch” releases. In our estimation, all of their releases have so far proven to be both interesting and brilliantly made bourbons.