Fresh off performing an array of Carole King’s hit songs at a sold-out performance at the JCC of Northern Virginia last weekend, Bayla Whitten is keeping busy. The 30-year-old singer and stage actress, originally from Alexandria, is turning her cabaret performance of the legendary singer-songwriter’s tunes into an album and is also a regular performer at Signature Theatre in Arlington. She talked to WJW about her adventures abroad, playing an iconic Les Misérables character and more.

Do you consider yourself a singer or an actress first?

I would say that I consider myself more of a singer because that’s where I started. I was always singing in kindergarten and school choirs and really only got into acting because I was trying to copy my older sister, and then realized you could do both at the same time.

Your last role was in Elmer Gantry at Signature Theatre. Who did you portray?

I played a troupe member named Shirley. The show was about a con man named Elmer Gantry who would basically con whomever he was around. So whether it was selling toilets or whatever he was selling, he would con them. He happened to con a revival troupe and was immediately struck by the troupe leader Sharon. There were four of us girls in the troupe and I was one of them. Shirley was a little brassy, sassy troupe member who definitely spoke her mind, had a good head on her shoulders and had a couple one-liners here and there. Shirley was down to earth and understood what Elmer was about.

Tell us how you trained for your career. Did you always want to do musicals?

I originally went to [London’s] Royal Academy of Music [thinking] that I would do my four-year undergrad degree there in opera. I always knew I wanted to do musical theater, but I had a voice teacher here in Virginia who had said advised against it. But when speaking to my teachers at the Royal Academy, they said it was a completely different technique and they couldn’t teach me what they thought I would need to use in the future. They said it was better to find a program geared toward what I would need to use in the future, so I transferred to London’s School of Musical Theatre.

You portrayed Fantine in London West End’s production of Les Misérables. Can you talk to me about your experience playing such an iconic and tragic musical theater character?

Even now, coming up on eight years, I can’t believe I was even given the opportunity. You think about people on Broadway. It takes them years and years to get a show, and I don’t know how I got lucky to be so young and play Fantine on the West End. Every time I thought of Fantine, I thought of her as an older woman in her 30s—at that time I was only 21—because that’s how it was always done in America. But in England, they really try to be like the book, where Fantine is 16 years old when she gives birth to Cosette. I got to perform every night in a 999-seat theater with a rotating stage, having these amazing professional wigs. And just being able to see the magic that is theater because she goes through so much where she gets her hair cut, they take her teeth. Also, because Fantine passes away so early in the show, the people who play her end up playing others later on in the show. She’s running around looking like a little boy during the battle scenes.

She’s been played by so many actresses over the years. What’s been your favorite portrayal? Were you a fan of the Tom Hooper film?

I really got to know the English actors over there, so my favorite was Kerry Ellis, who’s gone on to play Elphaba [in Wicked] on the West End. As for the movie, there were things I liked and didn’t like. I was thinking I was not going to like Anne Hathaway and Hugh Jackman. For me, because singing is what I go to first, that’s what I thought I’d be judging them on. But because their acting was so incredible, I wasn’t even thinking about the tone and quality of their voices. I was pleasantly surprised that I was actually enraptured by their performances.

What about Carole King made you want to sing her songs?

At first I had a completely different idea. I went to New York for an audition and decided to see some shows up there. I saw Beautiful, the Carole King musical, and I was just blown away by the number of songs that she has written, for herself and for other artists. It seemed like a no-brainer for my cabaret. 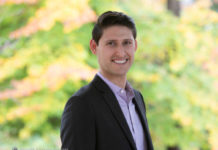 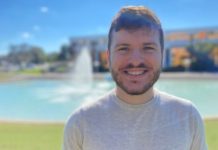 You Should Know… Adam Bershad