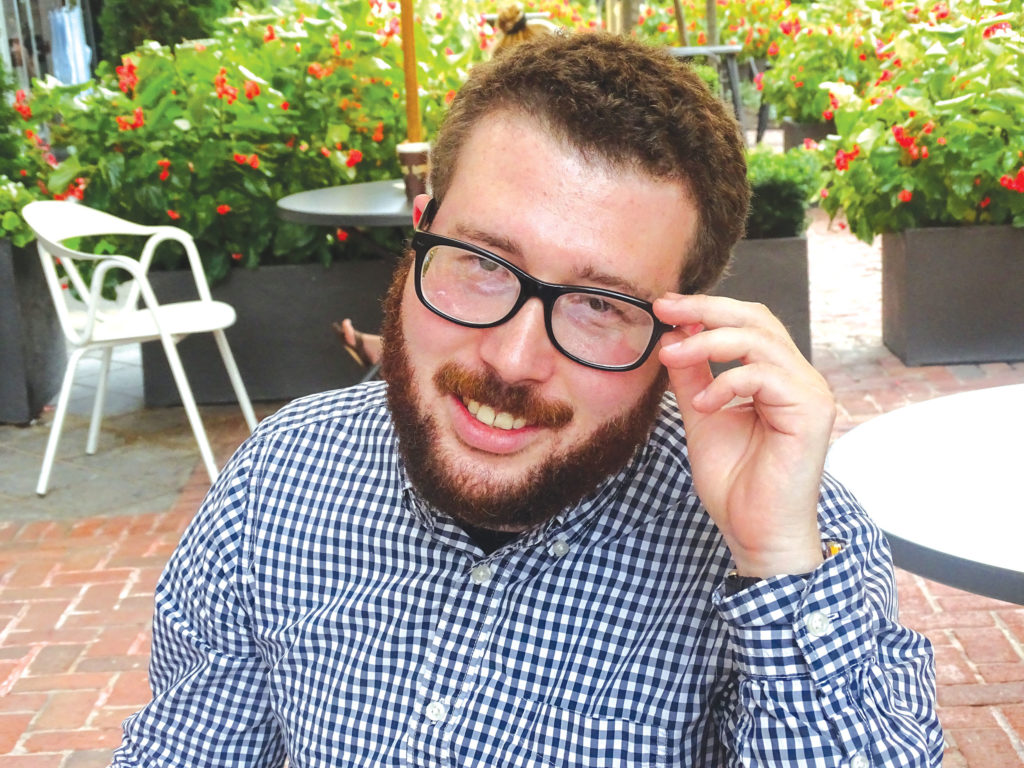 Brett Boren, 28, speaks Swahili and is fascinated by the countries and cultures of the African continent. A few years ago, he traveled to the Democratic Republic of the Congo, where he had a life-changing discussion.

You mentioned you speak Swahili. Can you tell me about that?

I studied Swahili for three years in college. I’ve always been very interested in Africa. I can speak it quite well. I definitely need some practice, though.

Is that how you ended up traveling to the Congo?

I have a very close friend who invited me to stay with her family there. She lives in D.C., but she was going back and invited me back with her. And so, I spent two weeks there.

How did it make you more observant?
It was 2016. So there’s a Chabad in Kinshasa. It has a very eclectic mix of people. There were people doing security. There were Israelis doing contracting. And there was one
Ashkenazi guy. He runs a number of businesses, including department stores, the second-largest brewery in the country and a bunch of other things.

I did two Shabbats at the Chabad and for the second one, he invited me over to his house and we did Havdalah together [to mark the end of Shabbat and the
beginning of the week].

It was my first time doing Havdalah. And while I there, we had a long conversation on Jewish life and resources, kids and whatever else. And it left a very positive impression on me. Definitely did a lot of soul searching.

We have a lot of Jewish resources in D.C. that a lot of people don’t really take full advantage of. And that was part of the conversation this interaction had sparked. I wanted to be [more] involved with Jewish life and [then it was] figuring out how to make that work for myself.

What was your relationship to Judaism like growing up?

We had the occasional Shabbat dinner. I went to Jewish day school, but it was never anything my parents felt that should be incorporated in our day-today lives. I think a major difference after coming back from the Congo and having that conversation with myself was that I think these things are important and I want to practice them every day. And I want them to have a real relationship with me.

How is that working?

There are different milestones. And keeping kosher was the first thing. It happened about two years ago. I still eat [non-kosher] vegetarian now. A lot of people who keep kosher eat that as well. It’s sort of difficult in D.C. Shomer Shabbos [Shabbat observant] — it’s been over a year.

I haven’t set goalposts for myself. It’s just when I felt like I was ready to incorporate something different, I just did it. I moved into an apartment and I said I wanted to be shomer Shabbos in this apartment.

It so happened both my roommates were there already, and so it really worked out that they were able to help me. Being in an environment where you’re keeping these roles with other people and [are in a] sphere with other people who are in the same boat as you are [helps.]

Are you going back to Africa?

I’m going to Tanzania in December. Just to see the country and how it’s changed. I lived there for a year [before Congo]. I didn’t really explore the country. I definitely love the hospitality. That’s something that people who haven’t been to the region don’t necessarily know.

Have a suggestion for a You Should Know profile? Candidates must be ages 21-40. Tell us what makes the person so interesting: [email protected]

You Should Know… Jack Green