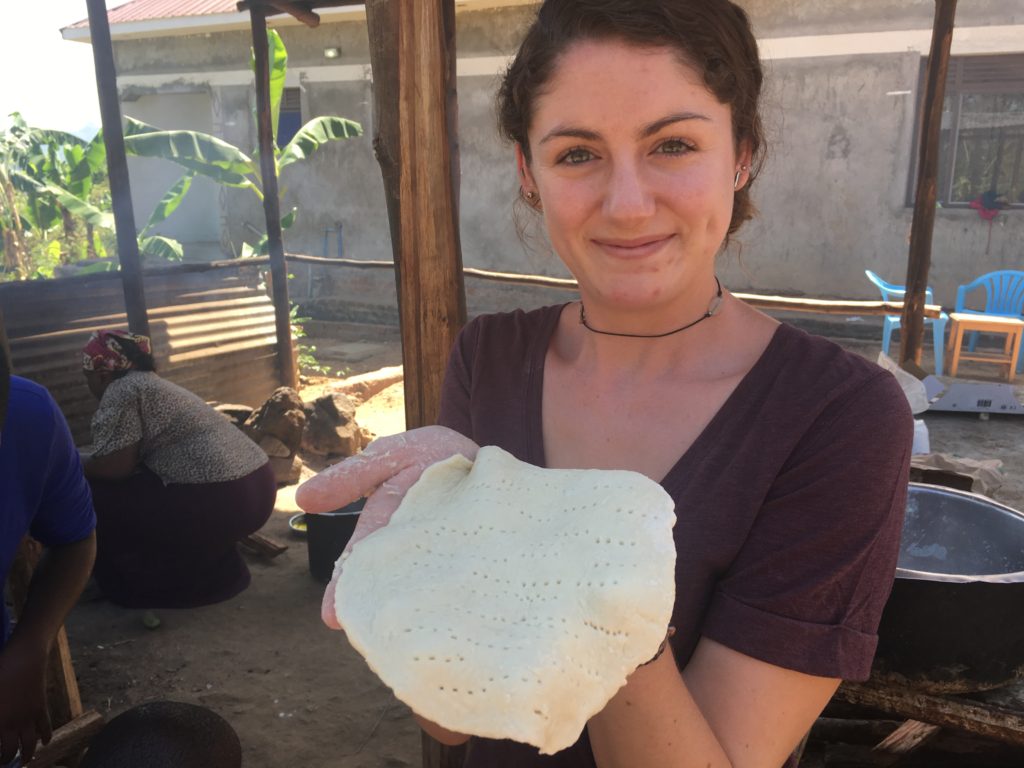 Eden Katz grew up as a modern Orthodox Jew in Potomac, but found her appreciation for Judaism near Mbale, Uganda. That’s where Katz, 23, spent Passover with the Abayudaya tribe, a community that adopted Jewish identity and observance in the 20th century.

Katz is in Uganda doing independent research as a Fulbright scholar. During an interview via Skype from her house in Gulu, in Uganda’s north, Katz reflected on how a Passover abroad changed her outlook on Judaism.

What were your feelings about Judaism before going to Uganda?

It was just forever a part of my life. I lived in Israel and every community I lived in in the U.S. was a Jewish community.

My family is very observant and I appreciate that [now]. But when I was [growing up] there were times where I couldn’t join a soccer team because the practices were on Saturday. Or Shabbat ended too late in the summer to go to parties. There were times that I resented how observant my family was.

It was really eye-opening for me because I come from a world where everyone around me is Jewish. I went to a Jewish day school. I was brought up modern Orthodox, so I went to synagogue every Saturday. I had my bat mitzvah when I was 12 and I read the Torah. Everything came very easy for me as a Jew and in a sense I took it for granted. It was an essential part of my life that was always there and I never questioned it.

Going to Mbale, the town near where the Abayudaya live — a lot of the Jews there chose to convert. That or they have parents that struggled through [former Ugandan President] Idi Amin [Dada’s] presidency, where Judaism was banned. So you have this group of people who are so appreciative of their religion.

It put a lot [into] perspective for me and made me appreciate my Judaism in a way. I also think it was really special to feel at home in a place where I was so far away from home, especially on Passover.

I don’t usually get homesick that much when I am living away from home, but the holidays are the time when I’m definitely the most homesick. So then, to be sitting in a Shacharit [morning] service in Uganda, being led by all Ugandans, and feeling this is just like it is at home — that was amazing to experience.

What is something that stuck out?

I met this one girl [who] is my age and was Muslim. Four months ago, she decided to become Jewish. She’s been learning since then and can already follow along during the services. It is so hard to learn another language when you’re in your 20s or older, and [Hebrew is] another alphabet. But these people are so excited about it and appreciate it so much in a way that I never did because it was just a part of my life that I never questioned.

I went up and read Torah there, and [afterward the same girl] said: “I hope one day I can read Torah like you.” She was talking about her biggest goal right now is to get an aliyah. I never think about it when I get an aliyah. It’s an honor, but I never conceptualize it in that way. It’s just something that you do if you are Jewish. But for her it was this goal, and something that she is working toward and is excited for.

Anything else stick out?

The customs [and prayers] are all the same. The tunes are much different, and much better I might add, if you have time to look up some of the music they have.