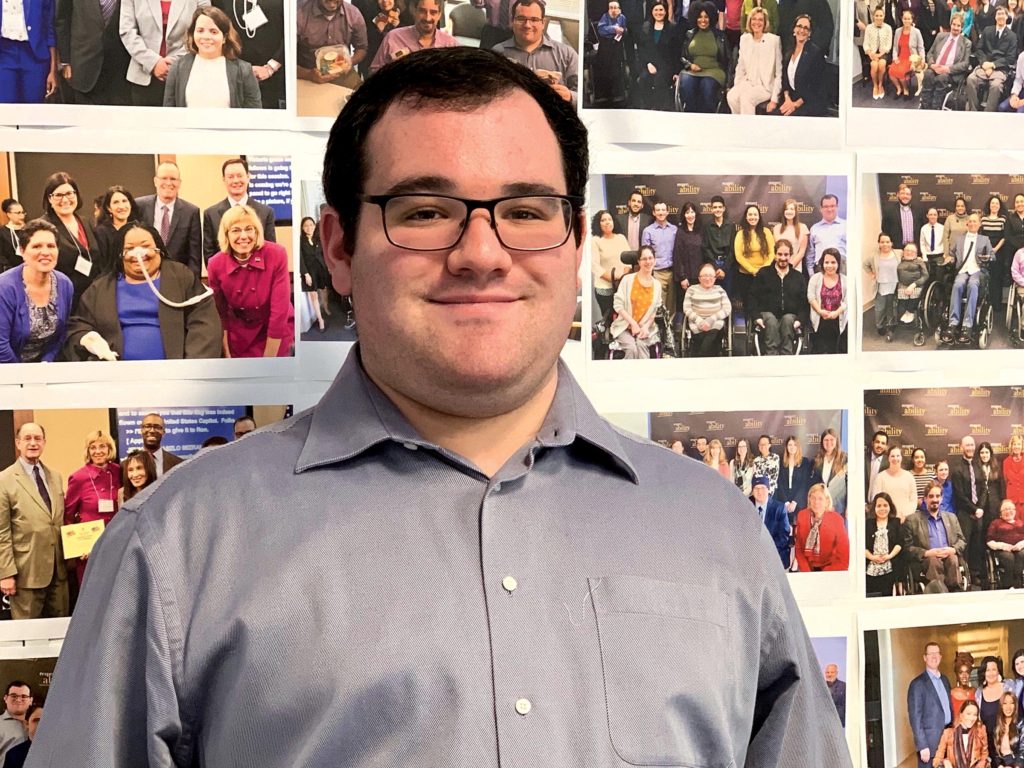 Eric Ascher, 25, of Potomac, loves televised talent competitions. He and his friend Adam Samuel share their love of shows like “America’s Got Talent” on Adam’s podcast, “Adam’s TV Podcast,” and Ascher is always in search of new acts to see live.
The Goucher College graduate is a communications associate for RespectAbility, a nonprofit that fights stigmas and advances opportunities for people with disabilities.

What kinds of projects are you doing at work?

We’re trying to get more positive accurate media representation of people with disabilities. “The Upside” [in which Bryan Cranston, a nondisabled actor plays a disabled character] is a perfect example of what we don’t want.
But, if they gave people with disabilities the opportunity to audition and have a legitimate chance, even in the smaller roles — put some people in the background and build them up to make them a star eventually — that would be good. But what [the film’s producers] said instead was that It was a business decision. That was the wrong thing
to say.

Tell me about your podcast about talent shows.

I’ve been doing one since “Idol” started last February. We started off with “American Idol,” then moved into “America‘s Got Talent” and then we moved into “X Factor.” Right now we’re doing “America’s Got Talent: The Champions.” I know who wins the whole thing, it’s hilarious.

How do you know the winner already?

Because for some reason they taped the whole thing ahead of time, and for some other reason someone in the audience took a picture of the final two standing together. I can assume [who wins]. I’d be shocked if I was wrong.

What is it about these talent shows that you like so much?

The goal of them, for me, is to find someone I’d want to see live in concert or on a comedy tour.

I have genuinely no idea. I started watching “Idol” right around when everyone else was stopping. Right around Season 7 was when I started.

What show is your favorite?

Anything but “The Voice.”

Would you ever go on one of these shows?

Heck no. I can’t sing, my comedy wouldn’t be very funny. I’d love work behind the scenes of one of them. But I wouldn’t want to be on one of the shows.

Who was your favorite act to see live?

I would say David Cook from “Idol,” but if I had to pick a second one, most recently I saw Piff the Magic Dragon, who was absolutely hilarious. I’ve never laughed at a show from start to
finish in my whole life. n

Have a suggestion for a You Should Know profile? Candidates must be ages 21-40. Tell us what makes that person so interesting: [email protected].