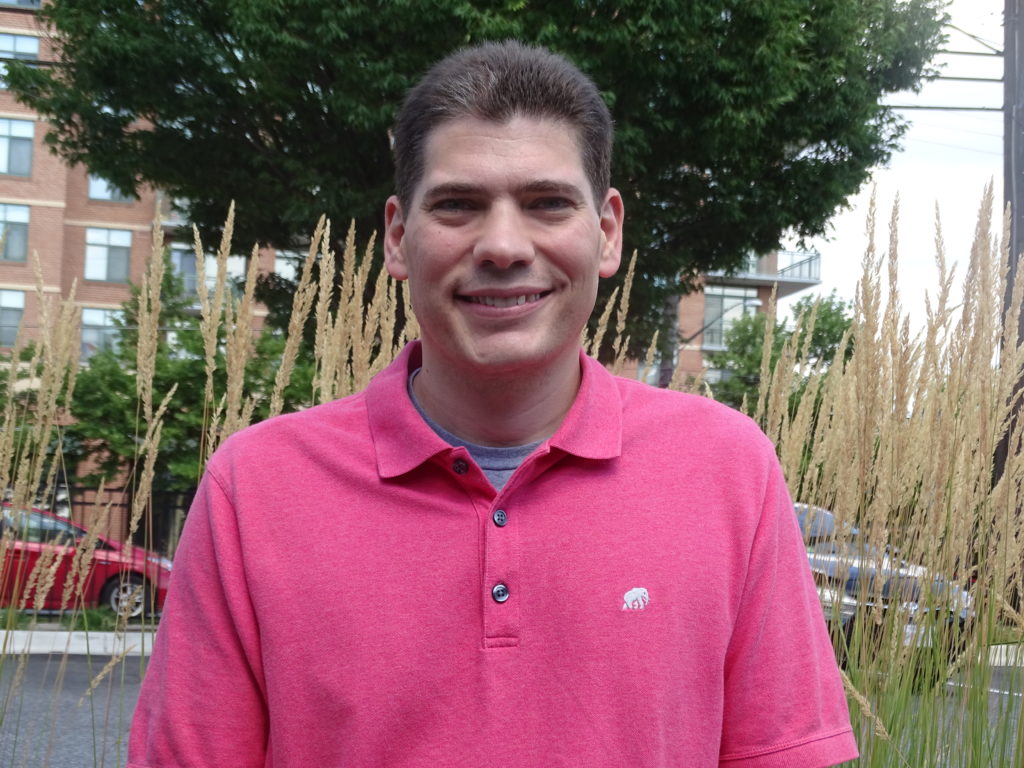 Howard Berkof, 39, would rather be out playing than sitting behind a computer. He believes that you get more out of a person-to-person interaction than a screen-to-screen one, and tries to implement this principle in his personal and professional lives.

The 39-year old Derwood resident is an engineer with the Navy, where he oversees the development and maintenance of unmanned maritime systems. Berkof graduated from Penn State University with a degree in mechanical engineering in 2000 and attended Harvard Business School. He has lived in the Washington area for the last 10 years. But what really gets him excited is the great American pastime, circa 1864.

You manage the Chesapeake and Potomac vintage baseball team. Tell me about that.

It’s folks that love baseball [and] the historical aspect of baseball. We play Civil War-era baseball. 1864 rules, which is no gloves, you pitch underhand, the ball is a little bit bigger than today’s baseball and it’s about the hardness of a softball. So it’s a bunch of people like you and me that are not good enough to play baseball but don’t want to play softball.

Was there really baseball in 1864?

It’s hard to imagine catching baseballs without a glove. Do you at least have helmets?

No helmets. And the catcher has no equipment, so they stand a little bit farther from the plate. I’d say the most common injuries are bent fingers because of the lack of gloves, but generally speaking, people, because they’re older and not in the greatest of shape, they’ll twist ankles or something like that.

How are the teams organized?

We’re part of a larger nationwide organization of vintage baseball leagues across America. The biggest pockets are in Ohio and southeast Michigan ironically. We are a part of the Mid Atlantic Vintage Base Ball League. There’s actually a big baseball tournament this weekend [July 15-16] in Gettysburg [Pa.]. There’s 18 teams that come and play on the Gettysburg battlefield, so true Civil War era, right? [Berkof’s Washington team lost to Addison 16-8, beat Belle River 13-8, were overcome by Harrisburg 19-15 and fell to West Chester to 12-2.]

And these are people of all ages that play?

From high school age to folks in their 60s and 70s. So I would say older folks who have slowed down and don’t play fast-pitched baseball anymore. And the interesting thing about vintage baseball is it normalizes talents. Good baseball players and not so good players are normalized by the different rules, so the gap in skillset is not as wide. I’m not a gifted athlete, but I’m able to do very well in this game.

Are the teams co-ed?

It’s mostly men, but there are women who play.

What’s a typical day in your job?

Intense. A typical day is a lot of meetings. A lot of interaction. Essentially, at the end of the day, the Navy leadership and Congress tell us to buy certain systems and we’re responsible for buying those systems and fielding them.

What do you do to emphasize in-person communication?

It’s hard. I try to lead by example. So when we’re sitting 50 steps away, instead of sending an email, get up and go talk to them. That’s something I try to impress upon my team. I’ve got a lot of millennials on my team that would rather sit on a computer and send email.

Do you do this at home with your 4 ½-year-old daughter?

She has not, thankfully, asked to watch too much TV. She hasn’t asked for her own iPad. My wife and I have tried really hard to keep her busy by playing with Legos, going outside and doing crafts and drawing and socializing with other families and friends. We watch very little TV in our family. We don’t do Facebook. We don’t do social media.

No. I have a Facebook account and the last time I went to it was in 2006 when it was still a Harvard thing.

Have a suggestion for a You Should Know profile? Candidates must be ages 21-40. Let us know what makes them interesting: [email protected]