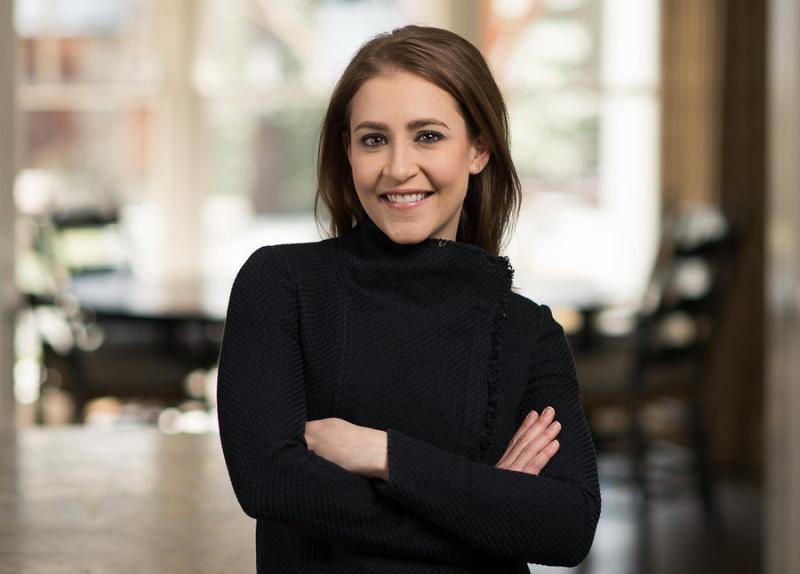 As a child, Ilyse Fishman Lerner ate deli food in her hometown of Boca Raton, Fla. She was on the law track at Duke University, but a class on wine law put her on a different path. She earned more degrees in entrepreneurship and culinary management. Now a Washington resident, Lerner, 31, and her husband, Jonathan, are trying to recapture those deli memories. Their deli-to-be, called On Rye, is under construction in Chinatown.

How did you transition from law to food?
In your first year of law school you take a very rigid curriculum. After your second year, you go and work with a firm and if they give you an offer, which they typically do, you start work after graduation.
In 2008, because the banks were in turmoil, they told us, “We have a job ready for you in a year, so take some time, do something else, we’ll give you a stipend and then come see us afterward.”
So I said to myself, “What would you do if you weren’t doing this?” So I actually stayed at Duke and got a master’s in law and entrepreneurship. I had a lot of freedom with my class load, and there was an externship [brief internship] component to it. So while some people were working for judges and lawyers, I externed with a restauranteur who had 10 to 15 different restaurants, and he really showed me the ropes. So I had it in the back of my mind that maybe this would be something I would do one day. Then I ended up meeting my husband at the law firm and he had very similar interests to me. We both kind of collectively decided that we would pursue our interest in food.

What’s so special to you about deli food?
For me, matzah ball soup is the go-to comfort food. We would always have bagels on Sunday after Hebrew school. When I was in high school we would go to a deli across the street if we had a half day. I grew up eating all of it.
I think what ultimately ended up appealing to me is the story behind the food. I think food is a really good lens in which you can study culture. And every time I eat this food, it’s a reminder of a shared experience, a shared culture. It’s a way of connecting back to family.

What is the concept behind On Rye?
With the meat, we want the food to be the kind of thing you can eat a couple days a week and not feel guilty. We tried to cut out the salt. In the cooking process you don’t use as much salt, but you can still have the same amount of flavor. We’re going with a lot of vegetarian dishes. We’re not kosher certified, but we want to be a place that’s very inclusive, so if people are willing to eat in a nonkosher restaurant we want to have a lot of options available to them. So we’re doing a vegetarian Reuben, some salads, some sides. The goal is to really have veggie-friendly options available.

With all of the restaurants in Chinatown, is competition a concern?
We’re excited that a lot of restaurants are around. We’re doing something that’s a little bit different. We just want to be part of a vibrant community. We’re excited that 6th & I [Historic Synagogue] is a block away from us. No matter what, bringing more quality food to D.C. is a great thing.