Jill Raney, 34, grew up in the Bible Belt, occasionally going to church and singing with the congregation’s choir. But since attending the University of Virginia, they (Jill uses they/them pronouns) have become a self-described “mildly radical Southern queer Jewish feminist drag king dancin’ machine” and running Practice Makes Progress, a non-profit they started four years ago to teach anti-oppression skills.

What is Practice Makes Progress?

Practice Makes Progress teaches digital strategy and anti-oppression skills to progress-minded people. In 2019, I’m focusing on massively expanding the number of people who participate in [one of my workshops], Anti-Awkward Anti-Harassment.

How many people work with you?

It’s just me. I kept it small on purpose. That way, when I do start hiring staff, I’ll be able to give them the income stability every one of us is looking for in a job. I’m [also] looking to expand it into a worker-based co-op so that it isn’t me and a bunch of underlings.

What was it like growing up as a Jewish, queer kid in the South?
It was not fun. My mom is Presbyterian, which still wasn’t Christian enough for some of the people there. I didn’t have much of the Jewish experience growing up. I figured out I was queer during college, and that’s also when I really started to embrace my Jewish identity.

What brought you to Washington?
D.C. was the closest city to where I went to college. I didn’t put much thought into [moving here.] But I’m really glad I moved here and it’s where I want to spend the rest of my life.

Does your Jewish identity influence your work?
Absolutely. A lot of my work is influenced by the Jewish practices of tikkun olam and teshuvah [repairing the world and repentance]. I grew up in the Bible Belt where there was this idea of absolute forgiveness, no matter what, which I didn’t really agree with.

I think that now my work is subliminally influenced by Jewish ideas. I don’t purposely put them into work, but they have been subconsciously embodied in my work for a long time.

There was a group of us who performed at UVA. We were the McPenis family. My stage name was Shawn McPenis. I was the only who kept that name [and continued performing.] I was once active with a group called the DC Kings but the last time I performed was in 2011, 2012.

There are things I learned from performing that I use in the way I lead now. It really helped me learn how to read a crowd. It [also] helped me explore my gender identity and roles. I’m neither a woman or a man. I’m non-binary.

How did you get into being a drag king?

I’ve always loved performing. [When I was younger] I was a theater kid and in choir, but there was always a religious bent to it. I still go out dancing, but I don’t perform.

How does a drag king differ from a drag queen?

Definitely a lot of the cultural stuff was different. Drag queens have to spend a lot more [time and money] into performing femininity; I didn’t have to do that as a drag king. I just had to throw on some clothes. n 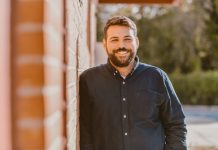