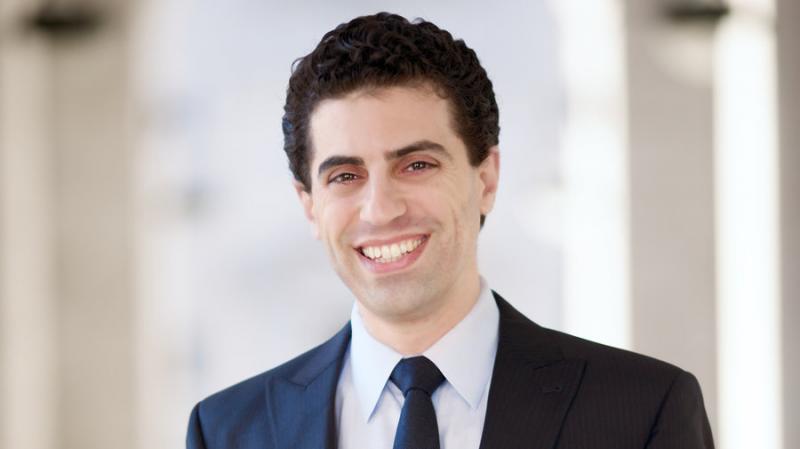 Pelting strangers with snowballs has become a local tradition thanks to Michael Lipin. The 38-year-old Dupont Circle resident created the Washington D.C. Snowball Fight Association in 2010 when Snowmageddon slammed the nation’s capital, drawing 2,000 powder-packing warriors to the Dupont Circle fountain.

Born in California and raised in Hong Kong, Lipin didn’t see much snow before moving to Washington in 2007. His multimedia journalism experience includes stints as a writer and producer at CNN International and editing, reporting and anchoring duties at Asia Television, both in Hong Kong. In 2005, Lipin became a news writer at Voice of America’s Hong Kong bureau, and later transferred to VOA’s Washington headquarters where he is producer and presenter of English news programs.

Between broadcasts, we caught up with Lipin to talk about the diversity of Hong Kong, the secret to a successful snowball fight and his passion for U.S. soccer

What was it like growing up in Hong Kong?

I went through the British education system in the final years of British colonial rule. Hong Kong was handed back to China in 1997. I was in school in Hong Kong from 1984, the year I moved, to 1995, and it was a very interesting time. You learn a lot about British culture, yet you are also going to school with kids from all over the world. You really get a lot of different cultural influences growing up in a city like that and I think it was great. It really opens your mind to a lot of things — to different religions and cuisines and festivals, sports, so many things that you learn about in that context. I probably would have been a very different person if my parents had never left the U.S.

What is the most memorable project you’ve worked on at VOA?

I’m most proud of a report that I did on the 10th anniversary of 9/11. I created with some colleagues an interactive Google map of the Ground Zero site and I might even try to update that later this year, because it’s going to be the 15th anniversary. What made that interactive map unique was that it was a concept that no one else had done. I wanted to tell the story of all the buildings that were destroyed on 9/11. Most people know of the Twin Towers but not many people realize that there were eight other buildings that were destroyed or ultimately had to be completely torn down.

How have you been able to keep the D.C. Snowball Fight Association going over the years?

The thing I’ve learned is that snowball fighting doesn’t get old. It’s something that people always constantly love to do, especially in D.C. where it hardly ever snows. That’s why this thing is a thing — because if you tried to do it in Boston or in New York City or somewhere where it snowed a lot, people would get sick of it. It’s only in a place where it doesn’t snow often that you can get this kind of interest.

Have you always been a big supporter of U.S. soccer?

I’ve been supporting U.S. soccer since we hosted the World Cup in 1994. I was watching that in Hong Kong. In Hong Kong the really big sports are the British sports — soccer, rugby, cricket. Most of my school friends were cheering for soccer teams that were much better than the U.S. I still identified, even at that young age, as an American, and I thought it was kind of cool to support a U.S. team that was an underdog and they did pretty well in the ‘94 World Cup, making the second round. That was exciting. Even today, the U.S. is still kind of an underdog internationally, so I always feel like it’s great to support the U.S. team when all the skeptics around the world still don’t expect us to do very well.