Mikey Hess Weber, 34, is the spiritual leader of Towson University’s Hillel. Originally from Laurel, Weber lives in Hampden with her husband, Scott, and two cats. She commutes to Philadelphia to Reconstructionist Rabbinical College.

“I wanted to work at Hillel, and now I’m finally doing it. It’s everything I’ve ever dreamed of,” she said. “Listening, building relationships, giving resources and texts along their Jewish journey.”

What made you decide to found and lead the Jewish Student Union on your college campus?

Hood College [in Frederick] was a Lutheran school. At the time there were not many Jews, like seven on campus. Looking back, it was not where I would have chosen because it did not have a Jewish community. I was active in my synagogue, and then in Hebrew school, until graduation. All of a sudden, I felt really lonely. I went to the campus chaplain one day. I really wanted to pull people together, build up a community, be connected, and have a way of celebrating Jewish time together. She worked with me and helped make that happen. By graduation there were 20 members, some non-Jewish who wanted to learn. We learned a lot together.

Your time at Kibbutz Ma’agan Michael left you with a lasting love for koi fish. What is the story there?

I fell in love with the kibbutz and stayed for about a year and a half. I enrolled in Ulpan, a Hebrew immersion program. Ulpan requires you to work [when you’re not learning Hebrew]. There’s a preschool, or the grocery store, for example. They posted a place at a fish farm, which nobody wanted. You had to work at 5 a.m. and wear these gigantic overalls, and go to the fish ponds and catch fish to inject them with antibiotics. In the end it turned out to be the best job. I especially loved working with the koi because they were just so beautiful.

What brought you to Towson’s Hillel, and what are your duties there?

Hillel is with young adults at the moment when they move out of their parents’ home and navigate personal identities, decide what’s important to them, what they want life to look like.

My job is to provide a pastoral presence. I am a resource that they can come and talk to me, and know I keep their confidence.

Second, I’m teaching Jewish learning. In a class with 10 students, we talk about questions that come up in college like relationships, roommates, grades, how to combat that stress with Shabbat.

We got a grant from Jewish Women’s International to do programming around gender equality. We’re also hoping to start a Rosh Chodesh [group], which is every time a new month starts. Women traditionally get together and meet and have practices such as a meditation circle. That time is used as a way to get female-identifying persons into the community. 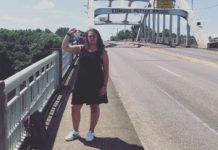 You Should Know… Emmy Cohen 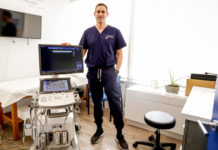 You Should Know… Dr. Marc Gruner 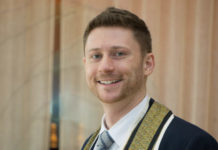 You Should Know… Rabbi Eric Abbott