Sara Evangelista, of Washington, has some thoughts about the Pew Research Center’s new report, “Jewish Americans in 2020,” especially on its findings about interfaith families.

Evangelista, 27, is the program director at Johns Hopkins Hillel and is involved in Young Leadership of the Jewish Federation of Greater Washington. She grew up in New Jersey, where she was involved in BBYO.

At George Washington University, Evangelista majored in sociology with minors in Jewish studies and communications. She attended Jewish Theological Seminary for a master’s degree in experiential education and educational leadership.

Was Judaism a big part of your upbringing?

Yes, it was a unique part of my upbringing, I would say. I come from an interfaith family, and when my family moved from Staten Island to central New Jersey, we tried to join one of the synagogues in the town. That synagogue wouldn’t accept my family because my dad was not Jewish.

But Chabad in the town would, so we joined the Chabad. For the first 17, 18 years of my life, that was the only Judaism that I knew. It was a really cool dual identity to really only know Orthodox Judaism, but then have a big Italian Christmas Eve celebration and Easter.

I’m Jewish, and I’m proud to be Jewish, but I really value that I grew up in an interfaith home, that my father, who is not Jewish, embraced my Judaism but also made sure that I had memories and cultural traditions with him that I also really value.

When did you first become exposed to other kinds of Judaism?

I went to a large, public high school and graduated with a handful of other Jewish students. When I started in high school, my mom really insisted that I needed more Jewish friends and dragged me, kicking and screaming, to a BBYO chapter meeting in the town, and I begrudgingly went and came out an hour later and was like, “Wow, I loved this.” … When I joined BBYO in high school, I began to understand this broader network of ways to do Jewish and be Jewish and express your Jewish identity, and I was totally hooked because someone had embraced me in a kind of untraditional way.

I’m interested in your response to the finding in the new Pew report that more than two-thirds of children of intermarriages are being raised with some Jewish identity, ranging from a fully Jewish upbringing to “partly Jewish.”

I really put the pressure and responsibility on young adults in this arena. If they feel knowledgeable and feel that Judaism is a valuable part of their own lives, they will pass it to their children in some capacity.

My age group doesn’t need to be incredibly religious to value the culture and the traditions. And I believe that is where you get the variation between fully Jewish and partially Jewish. I credit my mom, who didn’t grow up religious but passed on a strong connection to the culture and traditions and made space in my upbringing for us to create our own traditions. Some of them are incredibly untraditional, but it’s what bonds my mom and I and it’s what I look forward to with the holidays.

Professionally, I firmly believe that you can connect to an inch of Judaism, or a mile of Judaism, and you are equally as Jewish as anyone else. Judaism is incredible; there are so many ways to connect and practice, and you don’t need to latch on to every last bit of it to be part of the community.

You’ve said that you live in the D.C. version of “Friends.” Which “Friends” character are you?

I would love to be a “Rachel” because she is my favorite character so I’ll say that I would aspire to be her. But deep down I know that I’m a true “Monica.” I love to cook, and host people in my home. I’m incredibly neat and clean and orderly. I think I’m hysterical, but sometimes I am the only one who finds myself hilarious.

You Should Know… Ethan Litvin 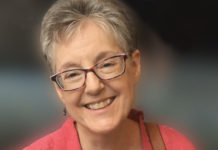 The anthropological and archival art of curating with Karen Falk 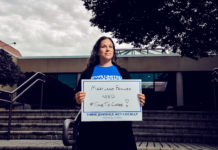 Looking for action with Laura Wallace