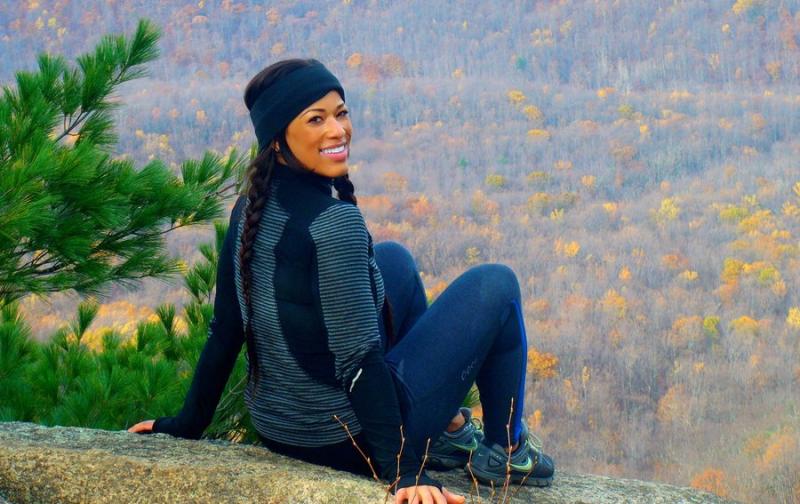 Morocco is a long way from Seattle, but Tiffany Harris is used to traveling far from her hometown, having visited 55 countries. The 29-year-old resident of Moishe House Columbia Heights served as a Peace Corps community health volunteer in a Berber village in the North African nation’s Anti-Atlas mountains from 2010 to 2012.

Harris is employed at Peace Corps headquarters in Washington as a country desk officer. Her portfolio includes Jamaica, Eastern Caribbean, the Federated States of Micronesia (FSM) and Palau.

A 2008 graduate of Seattle University with a bachelor of arts in communication studies and business administration, Harris holds a master of political science in security and diplomacy from Tel Aviv University, which she attended after volunteering in Morocco.

In addition to living at Moishe House, Harris sits on the organization’s board of directors. Her involvement in the Jewish community also includes co-chairing Shalom Corps, the Peace Corps’ Jewish employee resource group; directing the Middle East and North Africa (MENA) peace advocacy group YaLa Young Leaders USA; and founding the website You Don’t Look Jewish that showcases Jews of color and provides resources for Jews from diverse backgrounds.

We recently caught up with Harris to talk about working for greater cooperation and understanding in the Middle East and North Africa, growing up surrounded by Washington state’s natural beauty and her passion for CrossFit.

How did you get interested in international relations and specifically the Middle East North Africa region?

Growing up Jewish I had an interest in the Middle East, specifically Israel, but when I signed up for Peace Corps you couldn’t choose what country you went to. I actually wanted to go to West Africa, but I ended up being placed in Morocco. I said I had very few requirements, but one of them was that I didn’t eat pork, and so I think that’s why they sent me to a Muslim country. I was pretty nervous about going, actually, knowing the complicated history of the Jewish community there, but I went. While I was there I learned how to speak Arabic, and I got a lot of exposure to life in the foreign service, and international relations and security challenges as they relate to international development and cultural diplomacy. I framed that within my passion for Israel and wanting to bridge these two cultures.

Tell us about your Peace Corps volunteer experience in Morocco?

I was the only volunteer in my entire province. No one in my village spoke English. The village had about 200 people in it. There was one really bad road up this really steep mountain to get to my village and it was a tough experience. Before going in, I definitely romanticized the idea of being a development worker and living in a village and farming the land and all of this stuff. It was difficult. Really harsh weather. I saw kids get sick. Some people would die of diarrheal disease. Women would die in childbirth. It was tough, but I had a great experience. I started a mobile vaccination clinic. We would drive out, me and this ambulance driver, we would go out to the tiny villages with just a box of vaccines and administer these vaccines and teach women about nutrition, encourage them to come to a local clinic when they’re pregnant. Talk about family planning options and different things like that. I also built a well while I was there because, like I said, people were dying of diarrheal diseases — so getting people access to a clean water source was really important and [I was] teaching them about how they can boil their water. I also taught English and women’s literacy while I was there.

What is the most memorable experience from your travels around the world?

I did a backpacking trip around the world when I was 22 or 23 and my brother joined for part of it. His girlfriend at the time was from Uzbekistan and didn’t have the proper paperwork or something. We were on the border of Hungary and Romania. It was right after they joined the EU so it was still a very tough post-Communist region. I’m not sure what the issue was with her paperwork because nobody spoke English, but they put us in jail for a night and we were sitting in this jail on the border of Hungary and Romania where it was just like three drunk guys passed out in the corner. They interrogated us one by one but eventually my brother paid the guard 200 euros and they let us out and put us on the next train.

You founded You Don’t Look Jewish. What is that about?

I did a fellowship with Gather the Jews, which is an organization based here in D.C. One of the components of that fellowship was to have conversations with people in the community. As I would talk to more and more diverse Jews or Jews from interfaith households, people who had converted, I got the sense that they felt like outsiders in the community in a lot of ways, especially not looking like the traditional idea of what a Jewish person is supposed to look like. My idea was to create this website. I wanted it to be a place where people could go and see pictures of Jews who look different, just to sensitize people. I’m half African-American and Native American, and I walk into a synagogue and people think that I’m visiting a friend or that I’m a Jew by choice. So [my idea was] to sensitize people that Jews can look like any race possible — and so you don’t get those stares and those questions when you go to synagogue and it just feels a bit more welcoming.

What are the differences between Seattle and D.C.?

Seattle’s beautiful. I grew up in an area where it’s hard to be standing in one point of the city and not see the water somewhere and not see a chain of mountains. I really miss seeing the mountains and the water, and I love the outdoors. I grew up hiking and skiing and everything like that, so just being surrounded by that natural beauty is amazing. It’s so green and people are very relaxed. I also love music. I really miss the music scene out there. I miss coffee, of course, and I miss my family. But in D.C. you have this amazing influx of people coming in and out of the city, so the Jewish community is very vibrant and robust and innovative. People come to the city and they are fresh and they maybe don’t have friends in the community. They are really outgoing and looking to meet people. We have an interactive sukkah map this year during Sukkot and something like that would never happen in Seattle, there aren’t maybe enough people willing to do that. There are more opportunities out here and a bigger Jewish community.

Do you have a favorite pastime?

I’m kind of embarrassed to say it because I know that there are a lot of stereotypes that come with this, but I love CrossFit. I got really into CrossFit when I was in Israel. CrossFit Tel Aviv was where I started. I didn’t know that many people in Israel, and that was the place where I made friends and established my first community and it became a little mishpacha.