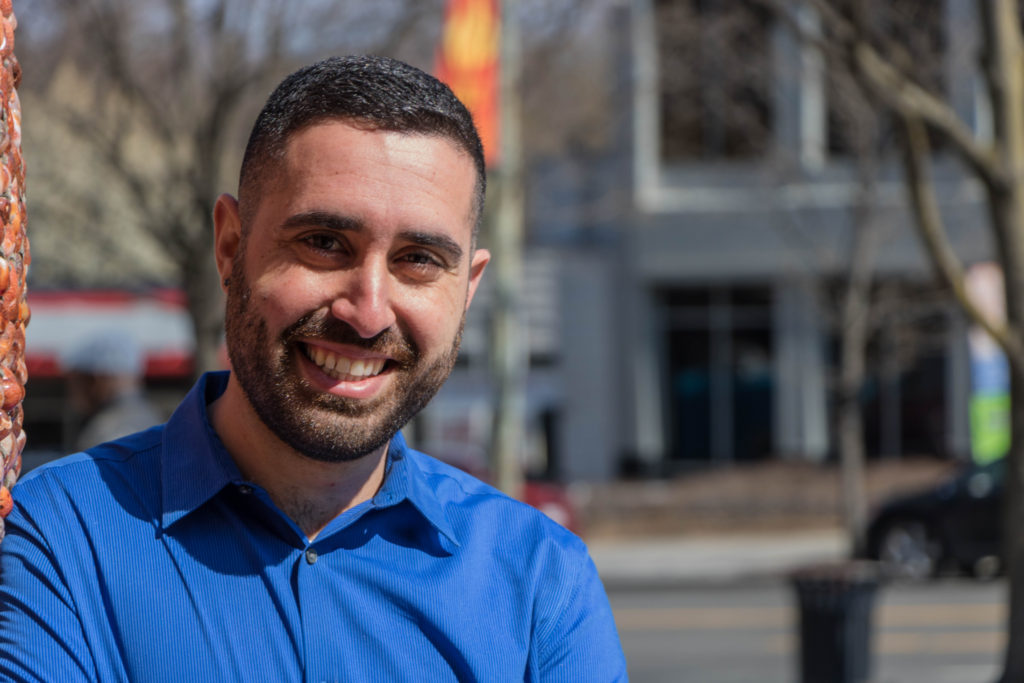 Zafrir Nesher-Kazaz, 30, has lived in the United States for six years while working for the Israeli embassy in Washington.
He’s found that being a foreigner has its challenges — like being a 12-hour plane ride away from his family in Hadera. Being a gay foreign diplomat adds its own challenges.

And so he turned to Google.

“I thought it was going to be easy. I was just Googling ‘LGBT diplomatic group’ and I didn’t find anything,” he said. “You can’t tell an Israeli there is nothing. If there is nothing then you create it.”

That “it” became GLINT.

GLINT is an acronym for Gay and Lesbian International. It’s a project that I started [because] the LGBT community has a lot of groups in D.C. But for the diplomatic community, we did not have one group. The State Department has its own group, which we couldn’t be part of because we’re not Americans. I thought, why not create a group where the LGBT people from all of the embassies can meet and socialize and become more viewable in the community.

I reached out to two of my colleagues — one from the British embassy and one from the Panamanian embassy — in November 2014. They were immediately excited about it and we decided to create the group. We launched it on Jan. 21, 2015.

From a group of three or four people, we have become a group of 84 people from more than 20 embassies. We meet once a month and socialize. It’s an apolitical group. It’s for people to create their own connections, their own friendships and meet new people.

Was it difficult to start a group like this due to the politics of foreign embassies?

It was simple, because the embassy is not a factor here. You need to work in an embassy [to be a member], but there is no connection between the embassy and being a part of GLINT.

I am a proud Israeli, but I am not coming to the group as the Embassy of Israel. This is why if we have a member coming from a country that I may not have diplomatic relationships with as an embassy, I can still say “hi” and be human.

I think the main goal was raising awareness. To say, “Hey, there is a vibrant LGBT community in the foreign affairs [community], and the people are not Americans.”

This is the first time something like this has ever happened in the United States and in most of the world. We’ve been getting feedback from people who hear about this group. Their home countries want to take the model of GLINT and open something like this in their country.

What have you gotten from it on a personal level?

I was looking to find new people and friends who were coming from the same background as I am. This is my home, but it is a temporary home. My real home is outside of the United States. I felt like I was meeting a lot Americans [and] it’s hard for them to understand the difficulties that you [experience] as a foreigner in a country that you are working in.

What is something your American friends do not understand?

I think the main thing is that you are still in your own country. I don’t see my family very often and, personally, I am very connected to my family.

It’s also a different culture. I am not American, as much as I would try to blend in. I will always be Israeli, and the German will always be German, and the French will be French. This is the main thing that my [American] friends couldn’t understand fully. For them, they say, “We don’t see our family as often.” Yes, but if you want to, you have the option. I also have the option but it is much more complicated. n