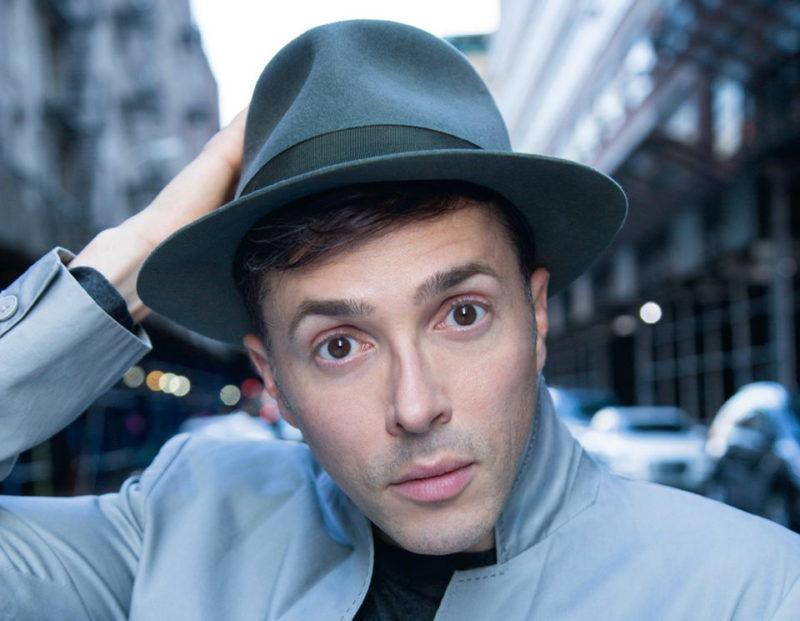 By Rudy Malcom
Special to WJW

“Entertain, uplift and inspire.” This is the mantra of actor, television host and filmmaker Yuval David, 36. He has also supported dozens of Jewish and LGBTQ+ organizations as a panelist, keynote speaker and workshop leader.

Raised in the Washington area and Israel, David splits his time between D.C. and New York.

How did you get into the arts?

I always knew I wanted to be an actor. I used to write, direct, produce and star in my own plays when I was a tiny little kid. I would pull in my siblings, cousins and neighbors to be in them. Even back then, I already started to create opportunities if the opportunity wasn’t given to me, and I think that’s been an overarching theme in the way I create to this day.

What is your favorite acting role that you’ve had?

There was something wonderfully special about being on the television show “What Would You Do?” Being on “The Michael J. Fox Show” and playing an Israeli was awesome. Doing voiceovers for “Beauty and the Beast” and working with Bill Condon was a great experience.

Creating my own series “One Actor Short” has been massively rewarding. I go with a full film crew into public spaces and try to get random strangers to act in a short film. I work with them as a scene partner. I direct them and also my film crew and then later my editors. I’m also producing the project, so I’m wearing all of the hats.

How does your Judaism inform your art?

My Judaism informs truly everything I do because there’s no way not to be affected by the major part of one’s identity. The way you do one thing is the way you do everything.

How do your Jewish and LGBTQ identities and activism inform each other?

The Jewish people have had so many opportunities to be eradicated, but we continue to live. We’re still here because of the people who fought, taught and marched. So many social and political movements have Jewish people at the forefront because we’re empowered to take action. “We’re here, we’re queer,” a Pride slogan, resonates for me because it’s just like the Jewishness. We’re here, get used to it.

Within the LGBTQ movement, we keep adding letters. We keep saying, “This is who I am,” “These are my pronouns,” “This is how I want to be seen” and “This is how you should see me. Don’t see me the way you want to see me.” I’ve used that within my Israeli advocacy. Don’t rebrand and redefine the word Zionism; throughout history we’ve had people tell us who Jews are to justify antisemitism. We need to own our own narrative and educate people on who we are, based on how we see ourselves.

How do you feel as an LGBTQ person in often predominantly straight Jewish spaces?

At an event, someone once asked me “Which one of you is the wife?” in a conversation about my husband. I recognized this person was curious but also coming from a place of ignorance. It’s how to respond to things like that with a smile on your face and with the same love and inclusion. If I want you to accept me, I also need to accept you.

How do you deal with getting online hate?

Many people who reach out to me appreciate and enjoy what I do in my art and advocacy. But I also get a tremendous number of antisemitic and homophobic messages on a daily basis, primarily antisemitic messages, from all different peoples around the world. But I have a family that loves me and friends who are my chosen family. I’m engaged with all these organizations and I have a community. Yes, the hate messages affect me, but I think about the people who don’t have all of that support. It makes it more important for me to keep doing what I’m doing.

Know someone who would make a great You Should Know interview? Someone 40 or younger with a great story to tell? Contact David Holzel at [email protected]

Corrected to state that David lives in New York as well as Washington.

You Should Know… Robbie Shorr